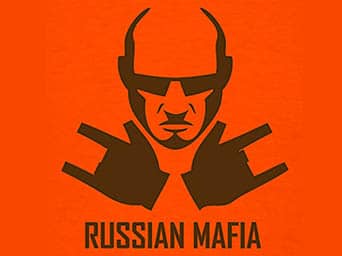 Stories hitting the press today about Bain Capital and the Russian cigarette market tell only a small part of the story.  Stories say that Romney sent representatives to Russia to aid them in selling cigarettes but this is quite misleading.  The real deal was between the GOP and Russian Mafia with Bain only acting as “consultant.”

The GOP organized cigarette smuggling into Russia through Poland in late 1990 and early 1991, paying of KGB operatives in Russia.  Cigarette sales in Russia were a method then of supplying income for disabled veterans, as cigarette kiosks were a “perk” of military service and a method of survival for many.

Initially, cigarettes came from vending companies in the US, were shipped in 20 foot containers into Gdansk, Poland, and trucked into Russia where the profits were split with the KGB.

The first few shipments were all Marlboro and traded for vodka which was offloaded in Chicago.  Where it went from there, who knows.

The KGB, in turn, arranged for Soviet bankers to tour the US, with Republican Party hosts and CIA security.  Arrangements were made to set up a worldwide money laundering operation, I think we know who runs that.

Word was already out that the Soviet Union was down to its last days.  The commercial banks of Leningrad, Moscow, the Ukraine, Belarus, Latvia and Estonia made deals with members of the GOP to split their assets, money removed from Russia, half to go to the Bush family and party leaders, the other half to be kept for the KBG who would be invited into the United States to run the Russian  mafia and take over heroin distribution through the communities they would establish in Brighton Beach/Little Odessa.

Money laundering began through Cyprus, where organized crime had taken a strong foothold, and moved through accounts in Switzerland and the Caymans to selected banks in the US, some in Denver, some in Detroit and the major one in Astoria, New York, the former home of the Steinway Piano Company.

The first cigarette deals were negotiated by old line CIA accompanied by national leaders of the GOP.  Just by accident, I attended more than one of those meetings and I don’t even smoke.

I remember that thousands of cigarette machines were to be offered also but were refused.  Russians felt they could never be secured.

Meetings were also held between the GOP, CIA and Diebold, the company accused of aiding in the rigging of voting machines.  Diebold wanted a foothold in Soviet/Russian banking.

I remember Diebold talking about ATM machines and the Soviets responding that they had only recently decided to start using teller windows.  You just don’t forget that level of irony.

As I remember, I may have sat through those also.

The bank deals were cemented during a private fundraiser at the Pierre hotel in New York.  I remember sitting between a key US senator responsible for overseeing banking issues and a lobbyist for this new partnership.

The evening was an interesting mix of major corporations and “made guys” filling the room.  There are photos, nobody was careful.

The critical issue to be clear on is that the cigarette deal had little to do with cigarette companies and much to do with enriching GOP leaders who financed their retirement, huge homes, boats, all of it with laundered stolen cash from Russia, profits from cigarette deals and cemented a partnership with the Russian mafia which would later be supplanted with deals run through Kosovo and Albania, more vicious criminals, less cultured and more conveniently located for managing the world’s heroin business.

This is why Camp Bondsteel was built, one of America’s largest overseas bases, to channel heroin from, at that time, Turkey, today from Afghanistan, into Western Europe and the US.

The question being asked is how a Mormon can represent “big tobacco” when the real question is why would a Mormon open hundreds or thousands of numbered bank accounts in “safe havens” and work with organized crime.

Then again, a study of both the CIA and FBI lends itself to tales of the “Mormon Mafia,” and their stranglehold on those organizations.

Anyone who comes against the Mormons and lives in the Western United States knows what real terrorism is like.