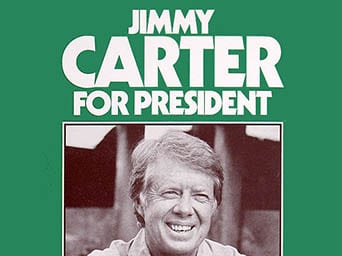 The third and final debate between President Obama and challenger Romney was so lacking in real and relevant substance about foreign affairs that I had to struggle, several times, to resist the temptation to turn it off and go back to bed.

Romney’s message to America’s voters seemed to be something very like, “On foreign policy I’m not the ignorant, belligerent guy I had to pretend to be in order to secure my party’s nomination.”

Obama’s message seemed to be something like, “Just as his sums don’t add up on the domestic front, my opponent really doesn’t know what he’s talking about on foreign policy matters. As for myself, in a second term I’ll try to do better.” (And was there, reading between the lines, an indication that he thinks he is on course in a second term for fixing the nuclear problem with Iran by negotiations?)

A question that would have been put to Obama by a really good moderator who understands how American actions are fuelling the fire of violent Islamic fundamentalism is this: “Mr. President, are you not concerned that the targeted assassinations by drones which you personally authorize are counter-productive because they are killing so many innocents, men, women and children?”

On Romney’s performance in general I thought the editorial in the New York Times was more or less spot on. Its verdict included the following:

“Mitt Romney has nothing really coherent or substantive to say about domestic policy, but at least he can sound energetic and confident about it. On foreign policy, the subject of Monday night’s final presidential debate, he had little coherent to say and often sounded completely lost. That’s because he has no original ideas of substance on most world issues, including Syria, Iran and Afghanistan. During the debate, on issue after issue, Mr. Romney sounded as if he had read the boldfaced headings in a briefing book – or a freshman global history textbook – and had not gone much further than that. Twice during the first half-hour, he mentioned that Al Qaeda-affiliated groups were active in northern Mali. Was that in the morning’s briefing book?”  (I would be very surprised if Romney knows where Mali is).

“Mr. Romney’s closing statement summed it all up. He said almost nothing about foreign policy. He moved back to his comfort zone: cheerfully delivered disinformation about domestic policy.”

The truth telling about the most critical and dangerous problem in the Middle East and arguably the whole world (the Israel-Palestine conflict) was left to former President Carter.

While Obama and Romney were making their final preparations for their final debate, Carter was in Israel. (He was there with the former prime minister of Norway, Gro Harlem Brundtland, and the former president of Ireland, Mary Robinson, on behalf of the Elders, a group of ten of the “great and good” convened by Nelson Mandela in 2007. It seeks to promote human rights and world peace by, “speaking difficult truths and tackling taboos.”)

Carter dared to say, in Israel, that there could be no doubt that Prime Minister Netanyahu was not interested in a two-state solution. And he described the situation as “worse now than it’s ever been for the Palestinians” because of the expanding settlements and lack of prospects for change. He described himself as “grieved, disgusted and angry,” because the two-state solution “is in its death throes.” That, he added, was “a tragic new development that the world is kind of ignoring.”

I presume he meant the world of leaders not peoples; and by obvious implication President Obama was, in Carter’s view, among those who were ignoring what was happening in Israel-Palestine. He said, “The U.S. government policy the last two to three years has basically been a rapid withdrawal from any kind of controversy.” He added: “Every president has been a very powerful factor here in advocating this two-state solution. That is now not apparent.”

What a tragedy it is that American presidents can only speak the truth when they are out of office.