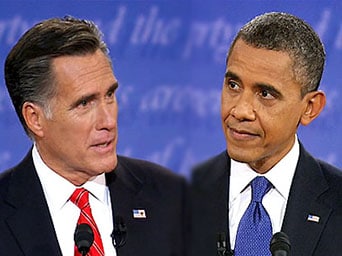 The coming U.S. elections have monopolized the attention of the American mainstream media and voters.

According to the latest Gallup pollga lottery “Americans who watched the second presidential debate say Barack Obama did a better job than Mitt Romney, by 51% to 38% — a stark contrast to the first debate, of which most named Romney the winner.”

The consensus of opinion after the economic debate held that Romney’s business experience would be better for the economy and Obama hadn’t accomplished enough to improve the employment numbers.

The foreign policy debate was notable for more that was missing than for the topics included.

Obama’s use of drones was simply agreed to by Romney, much to the dismay of Pakistan, Yemen and Somalia.

The non-profit Bureau for Investigative Reporting put the total number of people killed in drone strikes, in Pakistan alone, as high as 3365, including 176 children.

The killing of civilians, whether intended or collateral, by unmanned drones, especially in Pakistan, has been a neglected non-issue in the presidential campaigns.

The topics of gas prices and energy independence came up during the debates, but neither candidate related those topics to green energy and climate change.

As expected, with an attitude that Israel can do no wrong, neither candidate had the courage to question the blind financial and policy support of Israel’s military and violation of humanitarian issues.

According to Haviv Rettig Gur, Washington correspondent for the Times of Israel.”It was clear that each candidate was seeking to outdo the other in stressing pro-Israel credentials,” to woo Jewish voters.

Nothing was asked by the moderator, nor raised by the debaters about the horrific, unmitigated plight of the Palestinians.

Apparently both candidates see nothing wrong with Gaza’s condition as an outdoor prison, with Israel attacking humanitarian ships and fishermen trying to eke out a living from their own sea.

No one raised the issue of the illegal Israeli settlers in the West Bank and Jerusalem, with the theft of Palestinian land and homes and the destruction of their farms and olive trees.

The problem of the Mexican civil war and drug lords wasn’t raised, nor was the problem of immigration addressed.

Summarising the debate topics Steven Ehrlanger of the New York Times says “Iran was mentioned more than 45 times, Israel and China more than 30 times each, Afghanistan 29 times and Mali at least four times. NATO was not uttered, and Europe was referred to only once — in a list of allies reeled off by President Obama — and the euro and its crisis were not mentioned at all.”

A CBS News analysis of the debate reported that Romney “declined to draw strong distinctions between his positions and Obama administration policy” partially because “there is little difference between the two men on foreign policy”.

This, of course, represents a major shift by Romney from a far right position to the centre.

The debate was primarily spent trying to relate foreign policy to the interests of the American public in the domestic economy rather than the concerns that Americans should have about the U.S. and the rest of the world apart from Afghanistan, China, Israel and, of course, Mali