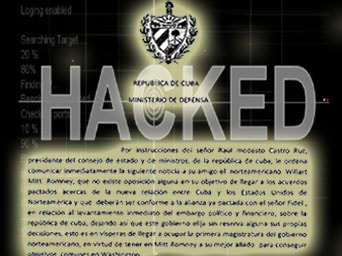 Since 1999, a team of FBI and intelligence agents from Mexico have traced Mitt Romney and his mistress, Maria, Perez Andropov, a Cuban/Russian intelligence agent, traveling in and out of Cuba on diplomatic passports.

The memo below, received from official sources, highly classified, outlines the deal made with Raul and Fidel Castro and Mitt Romney.

Accompanying documents reveal too much about the intelligence networks that passed this on.  Their report gives dates and times of travel, intercepts phone calls from Romney while in Cuba and tracks Romney as he travels through Cuba, meets with the Castros and flies back through Canada or Mexico.

Please download and distribute this before it is hacked.  We have been under continual attack since exposing the Romney/Cuba relationship.

Currently we are validating the one photograph of Romney and Maria getting off a plane in Havana, hand in hand, both in stripes, his collarless shirt, her very short dress.

They make a lovely couple. (Surveillance notes below) 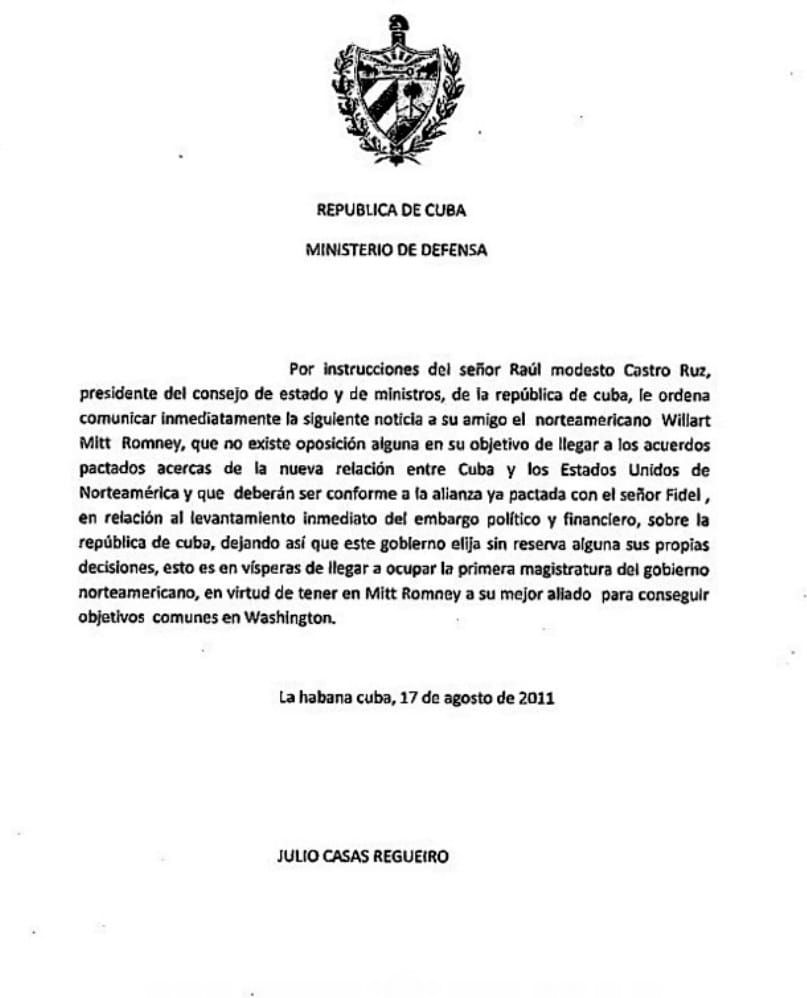 The following was included with the photographs, as an excerpt:

Notes: Discussions between the aforementioned persons of interest  taking place on Cuban territory in the city of La Vaezero include but are not limited to drug trafficking, money laundering and currency and human trafficking into the United States of America.

Witnessed was a romantic encounter between the aforementioned persons.

Records: Photographs of the romantic encounter and contemporaneous surveillance team notes. A series of audio recordings were made.