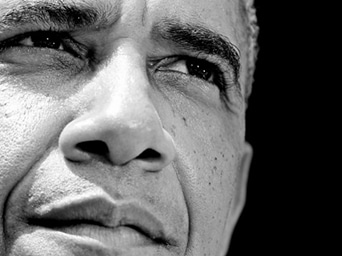 REJECTION OF OBAMA BY THE ELECTORAL COLLEGE

That rather silly woman, with respect, Anne Applebaum, has had another go at the so-called ‘birthers’ in her typically ill-informed column in today’s Daily Telegraph.  She regards the views of those who believe that Barack Hussein Obama was born in the United States as rational.  By implication she also criticises the many Republicans who consider that Obama was born in what is now Kenya for rejecting the legitimacy of his claim to the presidency.

For a view to be rational it must be based on the evidence.  Like most pro-Obama commentators Applebaum does not condescend to consider the evidence, indeed I have not seen rational discussion of the issue anywhere in the mainstream media.  For a serious consideration of the issue you have to go online, onto reputable websites like VT.

The competing theories may be shortly stated.  President Obama and the Democratic Party claim that he was born in Honolulu in the State of Hawai’i on August 4th 1961.  They have been consistent about the date but not the place.  Two different hospitals were put forward at different times in the 2008 election (I have been tracking this issue since Obama first came on my radar, as a state senator in Illinois, about ten years ago).  The President and the Democrats have now settled on the Kapio’lani Maternity Hospital in Honolulu.   Mainstream media commentators like Anne Applebaum are seemingly unaware that two different US birthplaces have been put forward by the President and his supporters.  They tend to take the latest White House position as fact.

The Kenya theory, supported by many Republicans, a broad swathe of the international intelligence community (behind the scenes) and, in the public domain, by the entrepreneur Donald Trump, asserts that the President was born in or near Mombasa in what is now Kenya.  Within this group there are five main sub-groups – those who say that the date of birth is correct but not the place, those who put the birth in 1960, those who say that the claimed maternal relationship is true but not the paternal relationship, those who put it the other way round and those who accept the claimed parentage but not place of birth.  There is of course cross-over between these groups on the date of birth.

The CIA, semi-publicly, accepted maternity but challenged paternity.  Two names for the father, including the radical black activist ‘Malcolm X,’ were privately circulated by ‘sources close to the CIA’ in 2010 and 2011.  The CIA’s true position, supported I am told by a DNA test, is that the claimed paternity is correct but not maternity.  Their official position is of course the White House line, i.e. that President Obama is eligible to be sworn in as President on January 21st.   The CIA were actually quite slow to get to grips with the issue.  So far as I know no work was done on it until I briefed them in, in 2007.  Both MI5 and MI6 held out on them for some months afterwards, indeed I don’t think MI6 made full disclosure of their position until CIA had the DNA test done (I am told they used wine and water glasses, with the DNA swabs verified by fingerprints).  Homeland Security are said to agree with the CIA’s internal assessment.  They of course have access to the immigration and passport records, which have never been disclosed publicly and are apparently troubling for the Democrats.

The Mossad, DGSE, BND, SVR, MI5 and MI6 go with Mombasa, although there is some disagreement between the agencies about date of birth.  SVR are rumored to favour 1961, e.g., whereas MI6 and Mossad are said to go with 1960.  MI5 have a file because the colonial internal security files came over from Nairobi in 1963.  Since Obama’s father and grandfather were both linked to the Mau-Mau terrorist organization they were very properly made the subjects of intelligence and police surveillance.

There is actually very little evidential support for the Honolulu theory.  The document the media refer to as a ‘birth certificate’ is nothing of the sort.  It is an electronic facsimile, unsupported by matching Hawai’i file entries, which are sealed.  I respectfully associate myself with the criticisms of this document by the forensic specialists who examined it at the behest of Arizona lawman Sheriff Joe Arpaio.  It consists of multiple layers and appears to have been generated by software.  It is not an original, nor even a photocopy of an original.

It does not take the case very much further, save that its production is damaging to the White House’s credibility, as was the production of a shorter-form purported certificate in 2008, which was denounced at the time as a forgery by a Hawai’ian official, although the state then backtracked, under intense political pressure.  The older fabrication was a two-dimensional computer file, which appeared to have been photo-shopped.  The purported official seal lacked depth, a common mistake by forgers.

There is a self-serving entry in the Honolulu Advertiser, which again takes the case no further, since it has always been clear that the ‘parents’ were claiming the birth of a baby boy named Barack in Honolulu on 4th August 1961.  The address in that advertisement was not real however, an odd feature.

There are some surprising lacunae in the evidence produced.  The claimed mother’s medical records, e.g., have never been released.  That calls for comment, since in the US there would have been an attending physician. One would expect to see some reference in the medical records for a teenage girl undergoing her first pregnancy.  There are no photographs showing Ann Dunham whilst pregnant, and no evidence that she took ‘her’ child with her to Washington State, after she left school in Honolulu.  There are no photographs of Barack Obama in the US before the age of about two.

Neither of the alleged places of birth has a record of Ann Dunham being admitted in the first week of August 1961, hospital admission records being something investigators have been calling for over four years.  There are no supporting records from the attending physician, whose name was suppressed for some three years after the issue started to gain traction.  There are issues over the numbering of the long form birth certificate produced, which does not appear to be in sequence.  The relevant immigration records are sealed, something which troubled Sheriff Arpaio, an experienced lawman, and his investigating posse.  I know some have challenged the sheriff’s good faith, but I see no reason to question it.  He is a man of the highest integrity  –  we are not talking Thames Valley Police here.

The passport records are relevant, because President Obama cannot have visited Pakistan during the al-Huq dictatorship on a US passport.  On what basis was he issued a passport by another state?  If Indonesian what was said to the Indonesian authorities about his date and place of birth?

The President’s college records are relevant because he appears to have received scholarship funding for which he would not have been eligible had he been born in the USA.  It is also a valid point that he took no steps to correct a book-cover bio describing him as Kenyan-born, a fact of which Anne Applebaum seems to be unaware.

Article 2 of the US Constitution seems to me to be clear enough.  To be eligible for the presidency a candidate presented to the Electoral College has to be an American Citizen, born in the United States.  It is a matter entirely for them but I see no reason why the Electors could not ask for evidence of Barack Obama’s eligibility.  That applies to all candidates of all races from all parties by the way.

I don’t accept that Senator McCain was eligible to be sworn-in, as in my opinion he was born in a hospital in downtown Colon, in Panama.  It wouldn’t matter if he were born on Coco Solo Marine Corps Air Base, as he claims, as that was not in the United States.  Quite where on the base he was born is a moot point, since the hospital was not built for another five years.  I don’t accept that Senator Goldwater qualified for the presidency either – his eligibility was queried at the time, as he was born in a territory, not a state.

If I am right in my conclusion that President Obama was born in what is now Kenya (it was then the Coastal Protectorate) he cannot have been born to Ann Dunham, as there is no evidence she was in Kenya in 1960 or 1961.  Since she is his route to US citizenship (a somewhat doubtful route at best, since his father was already married and the form of ceremony of marriage between Ann and Barack Hussein Senior was bigamous) birth in the Protectorate would also take down his US Citizenship.  He has never naturalized and is not in my opinion a US Citizen by birth (jus soli) or descent (jus sanguini).

If those conclusions are right Vice-President’s Biden suitability to be President might be called into question, on the ground that he either knew or ought to have known that the President was ineligible, although that would more properly be a matter for Congress on impeachment, not the Electoral College, as I read the US Constitution, not least as some states bind their electors to follow the popular vote.

We might see the House Speaker as President before next year is out.  He might want to look out his birth certificate, a document the Democratic Party could have called for before nominating Barack Obama in 2008 (it’s odd that there is almost no due diligence on presidential candidates, but there is for presidential nominees once they’ve been elected).