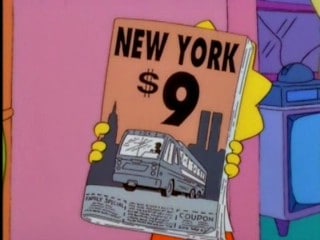 I’m the kind of guy who likes to ask questions. My book, Questioning the War on Terror, asks so darn many questions it will make your head spin!

But I also like to give away questions for free, especially on the occasion of public holidays.

So here are some delicious questions I cooked up especially for Veterans Day.

2) Is it just a coincidence that the two biggest televised shocks ever delivered to the American nervous system – the murder of John F. Kennedy on 11/22, and the 9/11 attacks – happened on days prominently featuring the number eleven?

3) Is it another coincidence that the Twin Towers themselves formed a gigantic number eleven?

4) And is it just a coincidence that US Army Intelligence Specialist Captain Eric May was poisoned and disabled – presumably by someone following Cass Sunstein’s orders to “disable the purveyors of conspiracy theories” – after he started asking “what’s with all these elevens,” and similar questions about numerical codes used by the secret societies orchestrating events like 9/11?

5) We’re supposed to be honoring the men and women in uniform brave enough to risk their lives to defend our Constitution against all enemies, foreign AND DOMESTIC. So why is it that none of the traitors who have used our Constitution for toilet paper has yet had to face the wrath of a single armed vet?

6) Since Veterans Day commemorates the end of World War I, may we ask why in the world the US ever got involved in that idiotic European war in the first place?

7) Did it have something to do with the Rothschilds dragging us into the war in exchange for Palestine?

8) If so, does that mean the more than 100,000 Americans who died in World War I really died for the Rothschilds, not for America?

9) Are Americans still dying in wars orchestrated by the same forces that dragged us into World War I?

10) Since Americans are fighting and dying mainly for Israel, would Abe Foxman object if we asked what percentage of our men and women in uniform are themselves Jewish Zionists?

11) And if I had all of them over for a Veterans Day party, would I have to order out for pizza?