Home Government Who Is The Middle Class 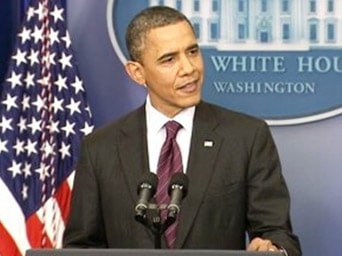 It’s sad that Barak Obama had to be the first black to be elected president.

Ever since he got into office, Obama has been leaning over backward to avoid being patronising, or looking like it, to African Americans.

Why has the term “middle class” become the talking point about those the president wants to help?

If the words “middle class” have any meaning, it resides somewhere between lower class and upper class, but you don’t hear references to the lower and upper classes.

How do you know which class you belong to? Argues Stevenson, “The chief defining characteristic of membership in the middle class is possession of significant human capital.”

Here the lower class has been referred to as the working class. This has led sociologists and others to designating an upper middle class and a lower middle class. The reason can be discerned from a comment made by Dante Chinni:

“Everyone wants to believe they are middle class…But this eagerness…has led the definition to be stretched like a bungee cord — used to defend/attack/describe everything…The Drum Major Institute…places the range for middle class at individuals making between $25,000 and $100,000 a year.”

This has put one group of people Obama would like to help clearly in the lower class–not a lower middle class—but a lower class, though he avoided reference to the class level earning less than $25,000 as lower class.

Since college education is one of the main indicators of middle-class status, the importance that Obama attached to education is understandable.

Writing in the National Journal, staff reporter Sophie Quinton remarked “Researchers cite a steady job and the ability to save for retirement, afford a home, and educate one’s children as components of what it means to be middle class.”

The headline for Quinton’s article reads “For Obama and Romney, ‘Middle Class’ Means Pretty Much Everyone.”

When Romney said “I will not, under any circumstances, increase taxes for the middle class,” who was he talking about?

Who was Obama referring to when promising “I want to give middle class families and folks who are striving to get into the middle class some relief?”

Global Post senior correspondent Jean MacKenzie observed, “The players in this election invoke the ‘middle class’ constantly, vowing to protect it, to save it, to rebuild it.”

With proposals that preserve tax cuts for those earning less than $250,000, Obama effectively defined the middle class all the way up into the mid-$200,000s.

Both candidates have been talking about income and class, though the words they have used to describe them have been designed to confuse the US electorate.

Hopefully, Obama will be clearer as he embarks on his second term in office.