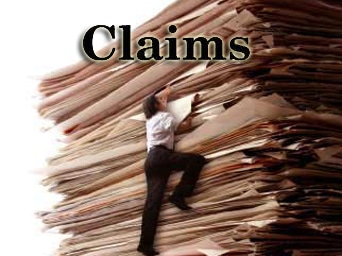 But in another key area — the backlog of disability claims — the problem has worsened under Obama’s watch, spurred by an influx of new veterans into a weak economy, new rules that make it easier to file claims, including for Agent Orange-related conditions and post-traumatic stress, and a growth in the average number and complexity of medical conditions claimed by veterans.

VA Secretary Eric K. Shinseki vowed two years ago to “break the back of the backlog by 2015,” promising claims would be processed within 125 days, with 98 percent accuracy. The VA says it is on track to meet its goal.

“I have no doubt we will get there,” Under Secretary for Benefits Allison A. Hickey said Tuesday.

Hickey, a hard-charging retired Air Force general, is overseeing the department’s effort to transform the system from an antiquated, “1950s industrial age” process into one that is faster, more accurate, paperless and digital.

“We’ll have the tools this organization has never had before,” she said, noting the deparment has launched a number of initiatives and experimental approaches to tackle the problems.

Hickey, the daughter of a retired Army lieutenant general, is a 1980 graduate of the U.S. Air Force Academy, the first class to include women. She logged more than 1,500 hours of flight time as a pilot and commander in Air Force tankers and other aircraft, and later served as director of the Air Force’s Future Total Force office at the Pentagon.

Since taking office in June 2011, Hickey has won the trust of veterans’ organizations with her attempts to shake the VA bureaucracy and her willingness to tackle problems with late-night e-mails and phone calls.

“Hickey is by far the most energetic and focused” person to hold the job, according to Gerald Manar, deputy director of national veterans service for the Veterans of Foreign Wars.

But veterans groups remain skeptical about the VA’s 2015 target for erasing the backlog and improving claim accuracy.

“Over the past two years, VA has gone backward, not forward, in both these key areas,” American Legion National Commander James E. Koutz recently testified before Congress. When Shinseki made his pledge, 37.1 percent of claims were pending for more than125 days, compared with the current 66 percent.

In addition, the decisions rendered by examiners are often rife with errors. The American Legion was involved in 6,190 cases brought to the Board of Veteran Appeals in Washington through the first nine months of 2012. More than three-quarters of the board’s rulings found problems with the VA’s decisions, the American Legion said. Among those, 49 percent were remanded to the regional office for review and 28.6 percent were overturned.