Home Veterans From Stalingrad to Gaza with Love 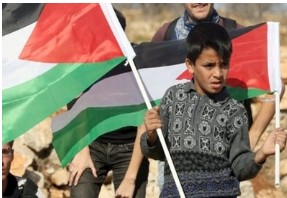 From Stalingrad to Gaza with Love 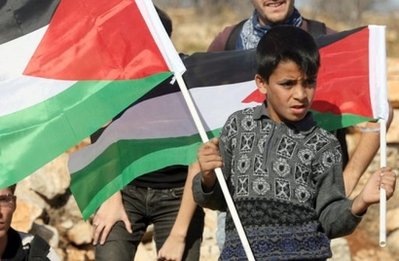 Benjamin Netanyahu, is made of different material than Barak. Unlike Barak, who is obsessed with the banal implementation of military power, Netanyahu is concerned with the power of deterrence and he is also intelligent enough to realise that the consequences of a ground invasion of the Gaza Strip may mean the total eradication of such a power. A large scale deployment of infantry is a complicated thing.

It would lead to violent clashing with hostile civilians in a heavily populated urban territory, endless cases of inevitable war crimes and crimes against humanity, international condemnation, unavoidable conflict with Israeli allies and so on. Also, such an escalation will prove, once again how resilient the Palestinian society is, as opposed to the vulnerable Israeli people. Let me tell you, this is not what Netanyahu had in mind two weeks ago when he decided to slaughter just a few Palestinians in order to win the next Israeli election.

Netanyahu prefers to kill Palestinians from afar, to missile them from Israeli Navy battle ships, drones and F16s. Israel had initially a limited operative plan ahead of Operation Pillar of Cloud. But, it didn’t take more than a few hours for Israeli generals to realise that they were ambushed by the Hamas. Like Lebanon 2006, Israel was far from being ready for this conflict. It failed to realised that the Hamas has been preparing itself for this battle. Earlier on today, I saw on BBC News, a Palestinian flag waving on top of a wreckage of house in Gaza that was flattened by Israel during the night. The message was clear: Hamas is ready to make Gaza into Stalingrad. The Israeli generals realise it, some of them are clever enough to grasp the fate of their soldiers if they decide to move in. They are not prepared to be Netanyahu’s ‘6th Army’

The Hamas clearly won this round of violence, it has managed to push Israel to the corner. The Israelis are now expecting Netanyahu and Barak to dissolve the ‘immanent’ ballistic threat. Yet, the IDF doesn’t have a magical military solution except offering full land invasion.

The Wandering Who? A Study Of Jewish Identity Politics, Jewish political interest and Israeli Barbarism within Biblical context…
Amazon.com or Amazon.co.uk