Home Veterans Take “Terrorism” out of Hamas. Arm it. 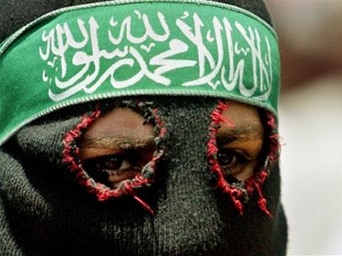 This is not a cynical suggestion but a serious one. Perhaps it would do the US and Israel some good to provide the necessary material and logistical support to get Hamas out of the “group terror corner” and  into a more advanced stage of state terrorism, if not equal to Israel then close to it. Arm Hamas with weapons, uniforms, night vision equipment, real missiles and rockets, F-15 and F-16, tanks, howitzers, send General Dayton to train and then they can have real fight with Israel a fight that will take the battle not only to Gaza but to all Israeli cities, where citizens of both can die in numbers  that will make Tel- Aviv and Washington think twice before initiating any wars..

I have always been against “terrorism” which I defined simply the “discriminate targeting of civilians” whether Israelis or Arabs and have always voiced my opinion and spoke against suicide bombing by Hamas and other groups whether in Africa, Spain, England, Pakistan, Iraq, Afghanistan, or Latin America. I believe the use of “suicide bombings” by Hamas did an irreparable harm to the Palestinian cause.

However I always believed that Israel is a terrorist state before it’s founding and continues to be a terrorist state more than 60 years later. Israel as a Zionist entity did not mature into a state like many nations, but remained with the same mentality of its early founding. Terrorism was and is and will remain a trademark of this state. Israel have never stopped killing and murdering of innocent people with no consequences to any moral, legal or ethical issues. Thanks to the US unconditional support and cover up.

The difference between group terrorism and state terrorism is limited to material and organizational, nothing more. The group has crude means of destructions; crude bombs, booby-trapped cars, placement of explosives in public places, suicide bombing in public places and killing people indiscriminately.

State terrorism is much more sophisticated; it includes jet fighters, drone, missiles, tanks, naval forces, air force, marines, navy and army. It includes a president or a prime minister not an “Amir”, and it includes parliaments, Congress and Knesset, not a ‘shura council”. It includes the latest technology for effective use of power to kill the maximum of people and destructions of properties and landscape through the use of scorch earth policy.

Both group and state terrorism have the same objectives, killing and destruction one retail, and the other wholesale. Both direct their material force toward killing civilians.

Perhaps the best thing to address this dilemma of “terrorism” is for the US, Israel, England, France, Germany to enter into serious discussions with Hamas and the Palestinians with the objective of arming Hamas and supply it with the latest’s weapons similar to that the US provide Israel.

This should include fighter jets, phosphorous and cluster bombs, rockets and missiles and should include technical training for Hamas and the Palestinians so that both parties can have similar weapons and organizational structure to inflict as much damage on Israel as Israel is inflicting on Palestinians. Then Hamas can target Israeli civilians with the same accuracy as Israel targets civilians in Gaza. Now we can have Israel and Hamas capable of undertaking “ state terrorism”

Israel with its latest technologies and weaponry is able to pinpoint civilian targets and kill and destroy buildings and civilians and administrative structures including the targeting of press building as it did yesterday when it targeted a high rise building (Alshorouk) where major international press and media organizations have offices in.

Hamas with its crude technology does not posses the technology to improve its targeting and guidance system, the technology available only to Israel. The question I have is what excuses Israel has for targeting civilian targets. Hamas does have an excuse, crude and poor technology. Until such time the US provides Hamas it with modern guidance and targeting system, Israeli civilians will be at risk.

The US owes to Israel to help and provide Hamas the necessary technology needed to make sure Hamas rocket are accurate as the Israelis. With new and accurate technology Hamas will then have no excuse of targeting civilians and can target military and administrative facilities all over Israel. Then every one in Washington, Paris, Berlin, London will be very happy, with both Jews and Arabs are killing each other with deadly accuracy and much more intensity.

I do not mean to be cynical, but if we want to Hamas out of the business of terrorism I say arm them, give them the latest’s arms and technology Israel have. Sent trainers so that Hamas can organize into battalions, brigades, and armies with different forces such as air force, navy, marines and army.