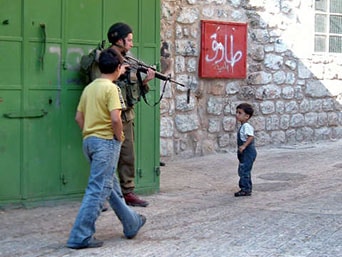 I can understand if the US and European nations fund the Israeli Occupation. What I could not understand is why Arabs of all people are contributing to and funding the Jewish Occupation? Funding the PLO/Palestinian Authority is funding and perpetuating the Jewish Occupation. Thus the announcement from Doha that the Arab League decision to fund the Palestinian Authority to the tune of $100m a month ($1.2 Billions annually) did not come as a surprise.

Oslo Accord changed all that. Now the PLO/PA are fully responsible for the financial costs of all of these operations. Oslo shifted the financial burdens of the Jewish Occupation from Israel to the PLO/PA while Israel retained all the benefits and privileges of its occupation including land and water theft, arrests, targeted killing, ethnic cleansing, ever expanding security checkpoints and the right to raid any homes and offices within sights of Abbas office. Israel did just that this past week when it raided NGO offices in Ramallah. A clear act of contempt for the Palestinian leadership and authority.

On top of that the PLO/PA is committed to secure funding for a Palestinian Security Force whose main function is to ensure safety and security cooperation’s for the IDF and Jewish armed settlers. Providing civil safety (police) for Palestinians is only a byproduct of such obligations. Frankly this is the main issue for Israel. Oslo was nothing but a security coordination and management contract.

Over the years and based on my own estimates of the average budget for both civil and security operations the PLO/PA have saved Israel over $55 billions, money saved that Israel made sure to put to good use by building and expanding settlements.

Oslo as negotiated by the Palestinian leadership has nothing to do with freedom and independence or ending the Occupation or building state and governing institutions. It has every thing to do with a business and financial deal between Israel, the PLO and international community mainly the US and the EU.

We all need to remember the missing hundreds of millions from the PA operating budgets that remained missing notwithstanding the many commissions and investigations set up by the so called “leadership”. Senior members of the leadership became multi-millionaires with some key members becoming successful businessmen with corporations and assets exceeding hundreds of millions of dollars. The PLO shifted from a liberation organization to a looting organization.

In the good old days, Arab governments under the threats of blackmail and incitements from Yasser Arafat used to send checks and donations worth hundreds of millions of dollars to Arafat private bank accounts without ever daring to ask for or seek any accountings of how the money was spent.

The Palestine National Congress (PNC) a useless worth nothing parliament not so different from Saddam, Bashar or Mubarak parliaments never looked into the books and never made any efforts to be the custodians of the people’s money and allowed Arafat to dispense funds as he sees fit, buying favors and loyalties from people and associates willing to sell their mothers in exchange for financial favors. And the results we can see every day and over the years since the PLO came to manage the Jewish Occupation. Arafat came back from Tunis with a collections of human garbage and bunch of thugs to manage his operation, a racketeering criminal and political mafia at best.

Now the Arabs one more time are stepping in and providing a safety net for a failed corrupt incompetent leadership that has failed at every thing. Failed at liberation, failed at credible and transparent negotiations, failed at building sound credible governing institutions 20 years after Oslo.

By donating money and saving the PLO/PA the Arabs are not doing the Palestinian people any favor. They are doing favors for Israel and the PLO/PA cadre of 180,000 civil and security staff and employees dedicated to Oslo and in the service of the Jewish Occupation.

We all now can see the first results of the UN vote. Saeb Erekat just announced that the Palestinian leadership would within the next 6 months put forward a plan to move ahead with direct negotiations betweens the PLO and Israel. It seems that Arabs countries just like the PNC are nurturing corruptions, incompetency and failures. There will never be an end to the Jewish Occupation as long as the PLO/PA remain managers of the Jewish Occupation. Thanks but no thanks.