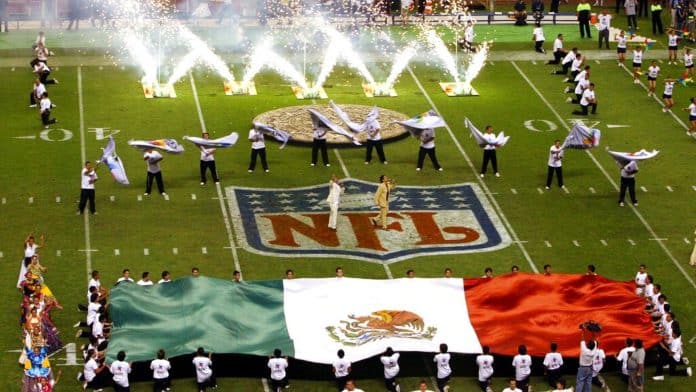 This season we saw the New England Patriots play a snooze game against the hapless Saint Louis Rams in London.  Owner Robert Kraft of the Patriots was so giddy that he stated to British advocates at the game “the time had come for them to get their own franchise”.

Moreover, the Jacksonville Jagquars will be playing a 4 game series in London for the upcoming seasons.  The NFL is clearly trying to establish the NFL equivalent of the Jaguar colony on British soil working to embed them into the local conscience of the market there.

But that got me thinking…..  What about Los Angeles?  Canada?  Mexico?

I mean Los Angeles is the 2nd largest market in the USA and it has NO team. What is the deal with London before L.A.?  That does not make any sense. Besides, in London, the NFL is the 8th watched sporting event behind darts and rounders; whatever that is! There is so much more reason to put a team in Los Angeles that there is just not space in this article.

I mean let me just say that, in London, NFL football is an afterthought.  It’s just not that popular.

Here, let me blow your mind for a sec.  Take this quick test.

Guess what amigo, the answer is Mexico.

So what’s with London?  L.A. and Mexico make so much more cents?  In fact, Mexico and the Los Angeles are hot markets. London is in the wrong friggin time zone.  It makes no sense on a hundred different levels.

Now, I called the NFL press office last week and they gave me their standard minutes from the owners minutes which make no reference to the reasons that Los Angeles and Mexico were being ignored by the Anglophiles in the corridors of NFL power.

You’d think that pure economics and profit would drive them but the evidence is that Mexico would be the far biggest prize to win.  It’s growing economy with more than 70% of its population below the age of 30 would be a great ROI over the long run.

And imagine if the Mexico City Jaguars played the New England Patriots in the Super Bowl.  Are you kidding me?  There would be 100 million Mexicans watching, buying merchandise and making the NFL advertisers super happy.

And lets not forget those Hispanics within the U.S.A.  They would be rooting for the Mexico City Jaguars as well getting them into the economic profit center.  It just makes cents!  Period

So why all the focus on London?  Well, the NFL is not saying.