Home WarZone Will antiwar orgs get behind HCR 107 to prevent war on Syria? 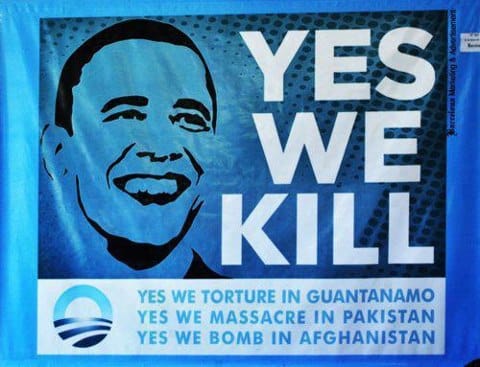 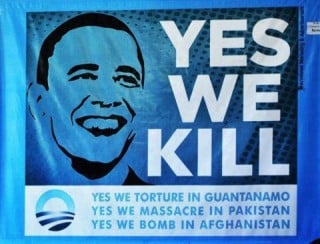 Well, it looks like Obama is going to attack Syria with at most token opposition by the national antiwar organizations, as was the case when he “phoned in” the order to bomb the crap out of Libya back on March 19, 2011.

After a year’s worth of bloodshed in Libya and simultaneous drum-beating for invading Syria in the same manner, H.Con.Res. 107 was introduced on March 7, 2012 by Rep. Walter Jones (R-NC) threatening impeachment of the President if he were to take the U.S. to war without a proper authorization by Congress.

Even with the imminent threat of a U.S./NATO military invasion of Syria … which could come any day now before the new Congress is sworn in next month after the holidays … there is little, if no mention of the Republican Congressman’s HCR 107 from the “left-only-need-apply” national antiwar organizations, let alone any public endorsements or calls for Congress to support and enact the resolution.

The most we’ll probably get from the national “left-only-need-apply” antiwar organizations, to include our own Veterans For Peace, is some kind of meaningless C-Y-A statement of “opposition” while the Democrat War Criminal President Obama launches another unabated, blatant war of aggression killing and maiming thousands of innocent brown people, again with the “left cover” he’s been so freely provided over the past 4 years.

Anyway, for those who want to take it upon themselves to contact members of Congress so as to urge them to co-sponsor and push for passage and enactment of HCR 107, you can reach the Capital Switchboard at (202) 224-3121 to ask to be connected to a particular member of Congress.

Below is the link to a recent article from Tony Cartalucci regarding our own U.S. Government supporting the very same Al Queda organization that’s been killing and maiming our own U.S. Troops for the past 11 years just so that it can get the “regime change” in Syria that was laid out in the blueprint for the so-called “War on Terror” published in September of 2000 by the dual-citizen, neocon members of the Project for a New American Century (aka PNAC).