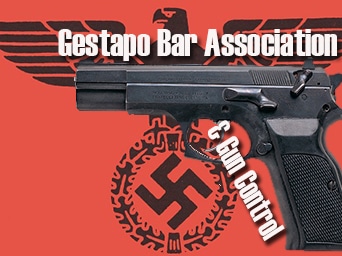 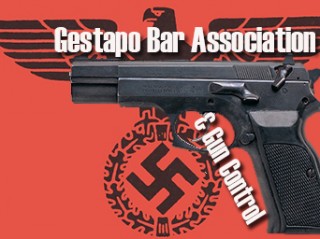 Our CONSTITUTION does not say LAWYER, ATTORNEY, or BAR ASSOCIATION. In fact, the framers of the Constitution left OUT the word lawyer/attorney as they DID NOT want them to have absolute control of the JUDICIAL SYSTEM of the UNITED STATES.

Where are we TODAY, December 2012, LAWYERS and their SECRET SOCIETY have ABSOLUTE 100% CONTROL of the Judicial System. There is NO LIBERTY and NO JUSTICE FOR ALL !!!!!!!!!!!!!

These so called experts in the law, had ALL the PROOF they needed to put a STOP to the insidious branding of this nations veterans with SECRET CODES of which, deprives them of DUE PROCESS OF LAW, i.e. LIBERTY.

DECLARATION of INDEPENDENCE; “…….obstructed the Administration of Justice, by refusing his Assent to Laws for establishing Judiciary Powers “. Moreover, “……protecting them, by a mock Trial, from Punishment for any Murders which they should commit on the Inhabitants of these States “. End quote’s.

CONSTITUTION of the UNITED STATES, ARTICLE II, “……right of the people to keep and bear Arms, shall not be infringed “.

The only thing keeping the Gestapo Bar Association and the black robe Nazi’s sitting behind the bench from taking absolute control of EVERYTHING is the guns to STOP THEM !!! They, lawyers, have EFFECTIVE CONTROL of the LEGISLATIVE BRANCH of GOVERNMENT !!! THINK, do you want a SECRET SOCIETY, which has NO HONOR, that’s why it secret to prevent anyone from looking inside at failure and stupidity controlling YOU and your FAMILY ????

What about all the deaths in the UNITED STATES by police officers who NEVER are arrested for murdering a citizen of this nation ?? I agree with one item, you do NOT need a machine gun to go HUNTING !! If you can’t hit game with ONE SHOT, you’ll learn to shoot better.

If you REALLY want to take away firearms, then lets play politics !! 70% of ALL LAWYERS SITTING BEHIND THE BENCH AS ALLEDGED JUDGES, ARE TO BE REMOVED IMMEDIATELY, before ANY ADMENDMENT is voted on in this the UNITED STATES. Laypeople are to be sitting behind the bench, NOT LAWYERS !!

GIVE THE AMERICAN PEOPLE BACK LIBERTY and JUSTICE FOR ALL, and we will agree to give up CERTAIN FIREARMS, those for hunting and home protection STAY !!!!

A voice of reason speaks.