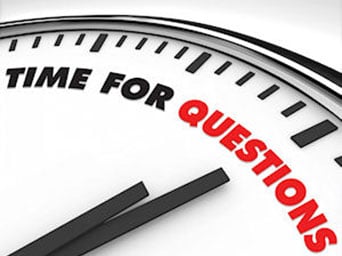 In my “quickie” article published less than an hour after the news broke about the Connecticut school shooting, I tried to inject some historical context into the discussion – and do it as fast as possible. Since we know that many if not most “lone nut” massacres are actually false-flag operations, we might as well assume that this one is too. Getting that message out early, in order to shape public opinion while it is still malleable, should be a top priority of everyone who wants to put the real terrorists out of business.

Friday’s radio guest Paul Rea responds: “To avoid any appearance of reflexively pour new wine into old cognitive categories, you might consider gathering information, to emerging narratives, and then providing critique of them.” I agree that there is a place for this kind of  critique – the “judicious study” by the “reality-based community” of the false realities created by “history’s actors.” But unfortunately, Karl Rove was right: No amount of “judicious study” of false-flag events is ever going to undo the powerful first impressions hammered into the deepest levels of the public mind by media propaganda.

So the first priority of all truth-seekers must be to “catapult the counter-narrative” as quickly as possible.

THEN we can get around to picking apart the details. Enter Lori Price and Clare Kuehn.

Lori Price of Citizens for Legitimate Government quickly and brilliantly deconstructs false-flag massacres. If you are going to subscribe to one email news service, other than VT, it should be CLG News.

Clare Kuehn, a participant in the Vancouver 9/11 Hearings, is also asking some interesting questions:

1) As yet, we have not seen any concrete evidence that any child died.

2) As yet, parents have not been allowed to see their children. (Photoshopped pictures do not count.)

3) As of now, I have seen only one unambiguous statement from a grieving parent (Robbie
Parker).

4) According to the official story, Adam Lanza was found with his older brother’s ID, and it was not stolen. However, older brother Ryan–who officials say is very cooperative–claims not to have even seen his brother since 2010. Where would Adam get this ID? And why does such use not qualify as a theft?

6) The medical examiner asserts that all wounds were caused by a rifle or other long weapon, and police/FBI say that the school was littered with .223 (rifle) casings. But Adam Lanza was found dead in the school with only handguns–a rifle was found in the trunk of his car. But then he could not possibly have been firing the rifle, and could not have committed the murders. Who did?

7) According to the official story, the killing was tightly confined to two classrooms. But then why were so many children told to close their eyes while leaving the building?

8 ) Joanne Didonato, the principal’s secretary, called in sick on Friday–something she rarely does. So presumably, she must have been awfully ill. Yet she then felt well enough to give an interview. “Of all days,” she said, emphasizing the strange coincidence.

9) The hospital went into lockdown and cleared four trauma rooms, but received only three patients, two of them dead children(according to the official story) and one mildly wounded adult.

10) Why were there such persistent reports that Mrs. Lanza was a kindergarten teacher, and that she died at the school, when the new official story is that she was not connected to the school and was killed at home?

11) What happened to the report that Adam Lanza’s girlfriend and another friend were missing in New Jersey?

12) What happened to the woodsman in a black jacket and camo pants who was arrested and handcuffed outside the school? He actually shouted to parents, “It wasn’t me.” Who was he and what was he doing there?

13) What happened to the dark van or SUV that the police surrounded in the parking lot, or the maroon sedan with a blown-out back window they were on the lookout for?

14) The official story is that Nancy Lanza was a gun collector who obeyed the law. But since 20-year-olds are not permitted to buy guns or ammo or carry guns in Connecticut, why would she give her “autistic” son access to both guns and ammo?

15) Why were parents told on Friday that “if you haven’t been reunited with your child by now it’s already over”? Does anyone imagine that real parents of real children would simply say, “Okay, the show’s over, let’s go home now”?

16) Would real parents of real children really be satisfied with (possibly photoshopped) pictures of their children? Wouldn’t they demand to see their children one last time firsthand?17) According to the official story, 28 people died but only 1 was wounded. The dead included 20 small, squirmy children–difficult targets even for professionals. How could Adam Lanza achieve such amazingly deadly accuracy, in such a short length of time?

18 ) A child asserts that he/she heard someone say, “Put your hands up,” followed by the reply, “Don’t shoot.” This indicates that the police took a suspect into custody inside the school. But if that was Adam Lanza, how did he kill himself after that point?

19) Another child asserts that he/she saw a man pinned down to the ground with handcuffs on. Again, this indicates that the police took a  into custody. If that was Adam Lanza, how did he then kill himself?

20) When Ryan Lanza was falsely identified as the shooter, who deleted his Facebook profile and created many others in his name?

21) Is it reasonable for a geeky 20-year-old to carry two pistols and hundreds of rounds of ammunition while wearing a bulletproof vest and a mask?

22) Why did the police say on Friday that they were going to leave the bodies rotting in the school until Sunday, then Saturday morning announce that they had spirited the bodies away in the middle of the night? Perhaps to ensure that the transport, if any, would go unrecorded on photos or video?

23) Why won’t police tell us where they found the Henry repeating rifle, the Enfield rifle, and the shotgun?

24) Did the school have one or more security cameras? What do they show?

25) Why did a police officer specifically mention, on radio, that “they’re coming at me through this wood,” followed by a fellow officer saying, “This is it”?

26) One officer in the school said, “We’ve got one suspect down.” Who was that? Down in this situation generally means in custody(on the ground and cuffed), not dead.

27) Why didn’t Adam’s uncle see anything out of the ordinary in Adam when the two saw each other in June?

28 ) Why is Adam Lanza reported to be a loner when a teenager said (oxymoronically), “[Lanza and his friends] always gathered alone in a corner in school”?

29) Why did police assign an individual state trooper to every grieving family, whether the family wants such “protection” or not?

30) Why are Ryan Lanza and his roommates still in custody, and why are the police pretending that it’s for their own benefit?

31) Is it a coincidence that Nancy Lanza’s brother is Kingston Police Officer James Champion, who lives next door to the former Lanza home?

32) Since the alleged shooter’s father is VP of GE Capital, and (like “Batman shooter” James Holmes’s father) was scheduled to testify at the Senate Hearings on the LIBOR scandal, is there a LIBOR connection to this event?