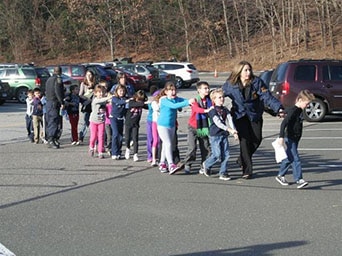 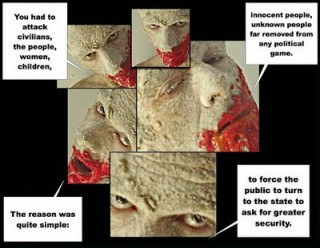 When something unbelievably evil happens in one of our schools, like the recent murder of 27 children and teachers at the Newtown School in Connecticut, the media always tells us the same thing: blame the lone nut(s).

But history suggests that many if not most schoolyard massacres, like other large-scale acts of domestic terrorism, have a much more sinister agenda.

Sheriff Pat Sullivan, who ran the Columbine investigation, was arrested last year and convicted of coercing sexual favors from a child in exchange for methamphetamine. His ridiculously short sentence, served in the jail that bears his name, amounted to a slap on the wrist. Rumor has it that Sullivan is part of a pedophile network along the lines of the Finders of Lost Children and the perpetrators of the Franklin Scandal child sex ring.

Rogue intelligence agents and their psychiatrist colleagues have been brainwashing “lone nuts” to commit murder at least since the CIA’s MK-Ultra program achieved its objectives circa 1960.

Why would such “rogue networks” want to send brainwashed Manchurian Candidates into schools to massacre children?

Let’s allow one of the terrorists themselves to answer that question.

Remember Operation Gladio? The Pentagon, through NATO, organized bombings and shootings in the streets of Europe. When one of the terrorists got caught, he explained at his trial: “You had to attack civilians, the people, women, children, innocent people, unknown people far removed from any political game. The reason was quite simple. They were supposed to force these people, the Italian public to turn to the State to ask for greater security.” He later explained the “strategy of tension” to the BBC: “To create tension within the country to promote conservative, reactionary social and political tendencies.”

So the answer to the question, WHY? is really very simple: When you terrorize the population, you open the door for fascist, authoritarian politicians.

Wade Michael Page, the “man with a 9/11 tattoo” blamed for the Wisconsin Sikh temple shooting, turned out to be a US Army psy-ops specialist.

The “DC Sniper” – the US Army Special Forces whiz who changed his name to “Muhammad” just in time to go on a shooting spree – was another government-sponsored false-flag operation.

So whenever an event like today’s Connecticut massacre screams out at you from your screen: BE AFRAID, BE VERY AFRAID, you should tell the mainstream media brainwashers to go to hell, then join those of us who are exposing the false flag terrorists and setting the stage for a world in which they will no longer ply their bloody trade.