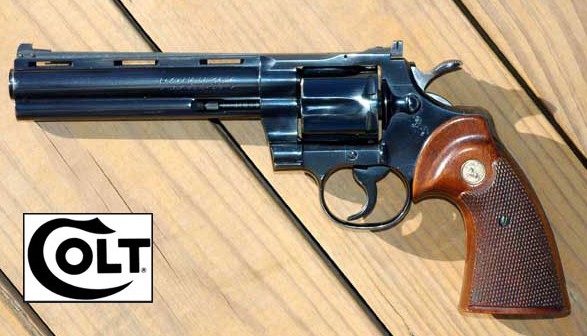 While the Pentagon assiduously burns billions of dollars to export the cult of violence abroad, in the meantime, back at the domestic front, the Connecticut carnage has resurrected the moribund discussion about the perennial issue: the national suicidal pastime which annually devours 30 000 people, including 2800 kids.

Even US casualties in Afghanistan, 309 KIA in 2012, is no match to 414 murders in New York City the same year, celebrated as the record lowest level in over 4 decades, down from the apex of 2000 annual homicides which accidentally coincides with the overall OEF body count since the beginning of the invasion.

I ain’t no gun-shy latte-lapping liberal or trigger-happy loony. As a veteran and responsible gun owner with a concealed carry permit, I have to admit that the sheer enormity of violence in the US doesn’t jibe well with black & white, left & right polarized partisanship.

In essence, the debate is divided & dominated by one question – what is the main culprit of the homeland heinous crimes, a deadly gun or an evil mind?

Given a choice between disarmament & arms race, the USA today is on a fast track to destination D – distraction or despair, you name it.

There’s no doubt that all too often, firearms figure prominently as killing multipliers in endemic shooting sprees. Nevertheless, to single them out as the one & only reason that gnaws at the heart of America would be:

The point is it takes a wicked mind to convert a gun into murderous accomplice, not the other way around.

The gun manufacturing industry is just a small bro of the omnipotent military industrial complex but it wields a tremendous clout over its customer base in the most politicized business in the US.

Some of its ethically-free members shamelessly exploit & condone the cult of violence, propagated by entertainment industry, as freebie product placement in toys, movies, TV and video training games, including the nefarious “Kindergarten Killer.”

So, what drives the restless minds to ubiquitous guns, making Americans to pony up $12 billion for arms & ammo a year, come hell or high water?  Here’s a cursory profiling, but some characters could be tempted by multiple motives:

Frontier spirit: The true believers in the sacrosanct right for any individual to bear arms under the aegis of the 2d Amendment. They flatly refuse to consider a “states’ rights” view that the purpose of the clause is only to protect the States in their authority to maintain formal, organized militia units which are currently substituted and overrepresented by the Pentagon and the National Guard.

Whether they need a gun or not, it doesn’t matter: for ‘the freedom fighters’, the ‘right’ to  cling to firearms is  article of faith in preordained exceptionalism,  the ultimate totem of Americana, which,  even if imported, is more symbolic than Stetson hats and Lucchese boots made in the USA.

‘The freedom fighters’  are the posse comitatus and the storm troopers of the NRA who are ready to fight tooth & nail against Indians, Brits, aliens, commies, feds and legislators to protect their rights to bear arms any time anywhere, no matter what and the hell with individual responsibility and public safety.

Collecting spirit: This is a rarified breed of aloof connoisseurs which are mostly intelligence & military types, active duty and otherwise. They keep low profile and enjoy the pleasure of quietly building up their exquisite caches to the envy of their pals at local SWAT teams. They keep their powder dry, but they’re the champs at burning their greenbacks on amassing the formidable arsenals of trophies.

Shooting spirit: They love it, they know it and they do it skillfully, safely & responsibly. As hunters and sports enthusiasts, ‘the weekend warriors’ waste  more ammo than all other categories combined, being the most active fun-loving crowd among the gun owners. They don’t bullshit about guns & rights. For them, it’s all about shooting the bull’s eye.

This nervous Nellie types are suckers for bigger, ‘baddest’ guns which they honestly believe could compensate their total lack of situational awareness and friend or foe selective accuracy under adrenalin rush of the enemy fire.

They are the driving force of consumerism and the firepower fetishism, oblivious to mundane murder depredations, only to be jolted into panic hoarding after media coverage of another shooting rampage or gun limitations rumor mill.

The extreme sides of the antisocial personality disorder are lopsidedly represented by traditional ‘sane’ majority and deinstitutionalized & marginalized ‘insane’ minority:

Long-time active serial killers: career criminals who don’t have suicidal ideations or qualms of conscience. As outlaws and the main customers of the firearms black market, they illegally & easily get anything they want and couldn’t care less about regulations & restrictions for legit gun owners.

The committed killers, isolated & organized, are responsible for overwhelming majority of the homicides – with and without firearms – but haven’t gotten public attention they deserve .The true heroes of the violence cult who made America exceptional by the notorious homicide rate (which exceeds Japan’s by 1000 times),   they represent & reproduce its core value, the freedom to kill & be killed.

One-time dormant multiple murderers: the miserable misfits aka psychos, while not necessarily ‘born to kill’, have their worst basic instinct awakened & conditioned by omnipresent propaganda of violence& vengeance.

They are the ultimate customers of the cult, who are capable to decode its subliminal message – death shall make thou free – into clarion call to action as the ‘ultimate solution’ to settle the scores with the hostile society.

The liberals have ‘liberated’ maniacs  from involuntary commitment, exposing them to the ‘values’ of violence, while the NRA has lobbied to protect their rights to legally obtain & keep firearms, thus channeling their macabre fantasies into outer world.

These ‘accidental’ murderers neglected or abused by their families & communities, perpetrate less than 1% of overall homicides, but attract 99% of media attention, prompting publicity vultures of their kind to step out from the dark and copycat their horrific crimes.

Alas, in the Disunited States of America, it is a daydream that will hardly ever come true: a state of anarchy in firearms regulation has been created & guarded by cabal of special interests, led by NRA which controls pusillanimous politicians, represents armed extremists & psychos and discredits responsible gun manufacturers & owners.

If Biden & Bloomberg have mojo to win undeclared war by Americans against Americans for Americans, they should set the priorities straight: liberate the USA from the bloody NRA!

Are you ready for American Spring?