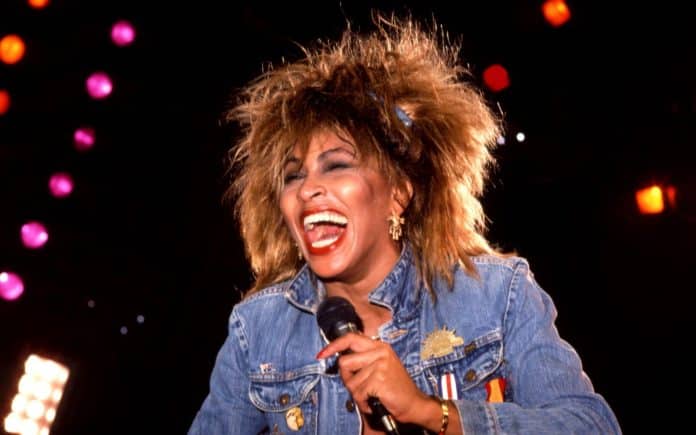 Should you leave the U.S. and renounce your citizenship? Many Americans ponder this question as the benefits begin to outweigh the costs. Some of those benefits are lower taxes, lower administrative costs, and even getting away from bad governance and cultural stresses.

But what about patriotism? How far would you go? Or is Nationalism just for the modern-day peasant populations to adhere to while the rich just do what’s in their best interest?

Take the case of Tina Turner, the 73-year-old American-born singer whose career has spanned more than half a century. She has lived in Switzerland since the mid-1990s and was officially granted citizenship by the Swiss government on Friday.

The Tennessee native, who was born Anna Mae Bullock, plans to surrender her US passport once she receives her Swiss one. The local Swiss council’s decision still requires formal approval from cantonal and federal authorities.

Turner resides in the Zurich suburb of Küsnacht, where she has lived in a lake house called Chateau Algonquin since 1995. She has been in a relationship with German music executive Erwin Bach since 1986 and moved to the Zurich suburb to be with him after his job sent him to Switzerland.

Although the eight-time Grammy Awards winner has other residences in London, Cologne, Germany, and the French Riviera, she chose to live in Switzerland for 20 years and applied for citizenship in early 2013.

“I’m very happy in Switzerland and I feel at home here. … I cannot imagine a better place to live,” she told the Swiss newspaper, Blick.

The pop star has been learning German for years and told the local paper that she loves the country’s cleanliness, the countryside, and its people. She said she also enjoys the privacy she experiences while living in Switzerland.

But her home state in the US appears less enthusiastic about the decision. The mayor of Brownsville, Tenn., said she was “surprised” to hear about Turner’s decision to give up her US citizenship and said it might be time to think about why someone would do that.

“I think anytime a person, whether they’re world-renowned or the meekest and mild, makes a decision to change their citizenship we need to step back and think what causes that decision,” Mayor Jo Matherne told FOX411. But even though the mayor expressed concern about the singer’s US abandonment, she said Turner still keeps in contact with her hometown.

“Tina Turner – as she has gotten worldwide fame – has never forgotten her roots,” Matherne said. “We’ve been in recent contact with some of her people talking about some projects we have in Brownsville.”

Although Turner is estimated to be worth about $200 million and says she wasn’t motivated by taxes, keeping her US citizenship would have forced her to continue paying the IRS, even if she never returns to the US.

For 150 years, Switzerland has also offered tax breaks for foreign millionaires to boost tourism, making them exempt from an income tax and allowing them to pay a flat fee. More than 5,000 foreigners have been using the tax breaks, but opponents of the deal have been gathering signatures to scrap the breaks, putting it up for a popular vote to take place within the next two years.

Four of Switzerland’s 26 cantons – including Zurich – have already scrapped the tax breaks for wealthy foreigners.

During most of her 20 years in Switzerland, Turner benefited from the tax breaks. Although she will now be paying Swiss taxes as a citizen, which are high, she will no longer have to pay American taxes.

Even though the multimillionaire doesn’t have to worry about her finances, giving up her US citizenship will at least reduce the paperwork – and save her a million or two.

And Turner isn’t the first one to give up her citizenship. Scrapping US passports is becoming more common each year. At least 1,788 Americans gave up their US citizenship in 2011, which exceeded totals from 2007, 2008, and 2009 combined. A number of prominent and wealthy Americans have already done so, including Facebook co-founder and billionaire Eduardo Saverin.

The US requires Americans to pay taxes even while living abroad. Both US citizens and resident aliens are required to file income, estate, and gift tax returns and file estimated taxes no matter where they are living. Their worldwide income is also subject to US income tax.

And a few lawmakers are trying to subject Americans to taxes even after giving up their citizenship. Sens. Charles Schumer and Bob Casey last year suggested that Congress vote for a law that would force former US citizens to pay taxes for years after renouncing their citizenship – as well as ban them from ever returning to the US.

If millionaires and billionaires like Turner and Saverin kept their US citizenships even while living abroad, they would continue to pay large sums of money to the IRS for a passport that they aren’t even using.

In situations like Turner’s, it is easier to give up US citizenship than continue to pay the IRS for years, even though her intent is to keep living in Switzerland.