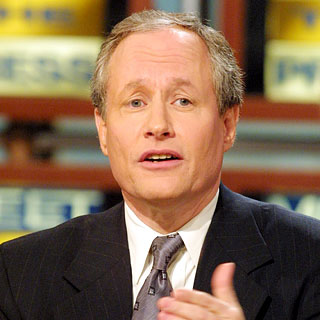 Israeli-first American pundits wield too much power. The leader of these journalist war hawks is William Kristol.
American neoconservative political analyst and commentator, Kristol is the founder and editor of the political magazine the Weekly Standard and a regular commentator on the Fox News Channel.
Kristol co-founded the Project for the New American Century (PNAC) with Robert Kagan.
Past Vice President Dick Cheney was also a founding member of PNAC, along with Defence Secretary Donald Rumsfeld and Defence Policy Board chairman Richard Perle. Deputy Defence Secretary Paul Wolfowitz was the ideological father of the group.
Kristol was a leading proponent of the Iraq War. In 1998, he and other prominent foreign policy experts sent a letter to President Clinton urging a stronger posture against Iraq.
According to Kristol, Saddam Hussein posed a grave threat to the United States and its allies. As there was obviously no threat to America, the real threat perceived by the PNAC Israeli-first group was to Israel.
The PNAC letter to Clinton argued “The only acceptable strategy is one that eliminates the possibility that Iraq will be able to use or threaten to use weapons of mass destruction.”
There was no assertion that Iraq possessed WMD’s. The point was that Israel and their American stooges wanted to sterilize Iraq so they would never be a threat to Israel.
The PNAC added, “In the near term, this means a willingness to undertake military action as diplomacy is clearly failing.”
Pundits like Bill Kristol, are again echoing their dissatisfaction with the effects of the sanctions on Iran.
Voicing similar fear-inspiring arguments, Benjamin Netanyahu and the Israeli war hawks keep chanting that Iran now poses an “existential threat to Israel”. 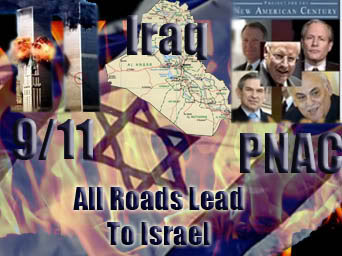 The same kind of propaganda came out of the cadre of Israeli Americans: “In the long term, it means removing Saddam Hussein and his regime from power. That now needs to become the aim of American foreign policy.”
Substitute Iran for Iraq, continue sanctions on Iran echoing sanctions on Iraq, bring home the troops from Afghanistan, keeping only spies and watch dogs from previous invasions, and prepare for the next war against Israel’s existential threat.
In response to Iran’s nuclear program, Kristol supports strong sanctions. In June 2006, at the height of the Lebanon War, he suggested, “We might consider countering this act of Iranian aggression with a military strike against Iranian nuclear facilities. Why wait?”
In the October 24, 2011, issue of the Weekly Standard, Kristol wrote, “It’s long since been time for the United States to speak to this regime in the language it understands—force.”
According to Eli Clifton (Jun 14, 2012), “The Emergency Committee for Israel (ECI), headed by Kristol, released a new ad suggesting that the U.S. should immediately bomb Iran. Among those behind the ECI and its ad are the same people who pushed the U.S. into the Iraq war.”
More recently, Kristol vehemently opposed the appointment of Chuck Hagel as Defence Secretary. He criticized Hagel for being cautious about the United States going to war with Iran:
Stephen Walt commented on Kristol’s smear of Hagel: “If someone displays the slightest degree of independent thought on the subject of U.S.-Israel relations, they’ll get falsely smeared. And then if that person says anything favourable about anyone else, that statement will be used to smear the others too.”
Kristol, as anxious to have the US go to war with Iran as he was with Iraq, is an Israeli patriot and an unpatriotic American. Sadly, large numbers of Americans remain ignorant of Kristol’s misdeeds; the rest suffer from apathy.