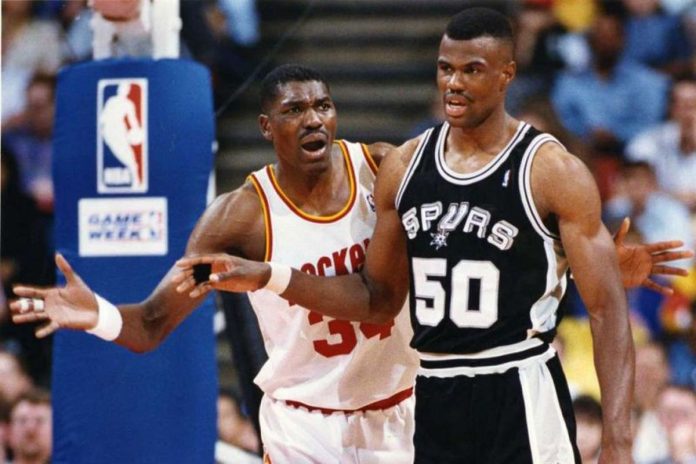 This week it has been super tough!  I mean it was revealed that the NSA is secretly recording all electronic media on all Americans throwing the country and the world into a tailspin.

Clearly, this is one of the worst weeks in the history of the United States in that we now have a real tangible reach out and touch it rift between we the people and them; the detached federal government that is running away from our tradition of the law of the people, by the people, and for the people.  Man, it sucks!

And just as I was about to go to my house and rip out everything electronic to detach myself from the criminals who refuse to respect my right to privacy, along comes the San Antonio Spurs to restore my faith in the people of the United States.
I mean, did you hear or see what happened at the Alamo…Alamo dome I mean!

A kid sang the national anthem at the NBA Finals and racist idiots turned it into a referendum on ignorance versus the future.

You see a social media storm is continuing after several controversial tweets were made when 11-year-old Sebastian De La Cruz sang the National Anthem at Game three of the NBA Finals in a Mariachi outfit.

The story is getting national attention.

But, the boy in the center of the social media storm says he isn’t paying it any attention to those mean tweets.

The Spurs fan and San Antonio native who first got national recognition on America’s Got Talent says “I knew that one day when I sing people were going to judge me and that’s why over the time that I have grown….” He continued “You don’t really care about what people say about you it’s about what you think about yourself.

Twice in Sebastian’s charming singing career, he has sung the national anthem.

First, at a Spurs versus Lakers game. Then, backup for Darius Rucker at Game 3 of the NBA Finals in San Antonio before their battle with Miami.

He told Fox San Antonio he hoped the song gave the Spurs luck.

Although the Spurs did win, racial tweets spoiled the spirit of the game.

One fool named Dominic Degregor tweeted this about Sebastian:  “9 out of 10 chance that kid singing the national anthem is illegal”.

Ben Koeck said, “This kid is Mexican why is he singing the national anthem”.

And, they got worse. Now, at the center of a social media storm, Sebastian has this to say “I don’t really care about what y’all say and I am doing this right now (He wipes his shoulder with his hands) It is off my shoulders”.

And now the Spurs have asked him back to sing again! Take that racists!

Ok, so what’s going on here…..well, it’s the old crusties versus the new America. This is the last stand of the racists. The new America gets it. We are all human beings. We are all brothers. And the San Antonio Spurs get it. By taking action to stand up for humanity, they are no longer a basketball team but a world

leader. In one move, they went from a very good franchise to the very best sports franchise on the planet.

And this is what America needs….leadership, and respect for your brothers, not just in the USA but around the world. We need lots more Spurs everywhere….in every corner of the country and in Washington DC.

No more lies, demonizing others just to get money or power…..come on people! Don’t spy on us. Help us!

You think this good energy is naive…..If so, you’d be wrong. This is the only way forward.