Who Does He Think He’s Fooling? 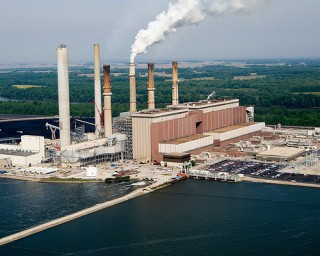 As with his sweeping health care legislation, the President’s long awaited climate initiative has winners and losers. With Obamacare, the big winners were the insurance/finance sector and the drug companies – the losers are doctors, nurses, hospitals and average Americans left reeling under skyrocketing insurance premiums.

From the President’s June 25 climate change speech, it appears that once again insurance companies (struggling with major losses from catastrophic weather events) are big winners. So are the oil and gas industry, thanks to the big boost he gave the fracking industry and his duplicity around the controversial Keystone XL Pipeline. The losers under Obama’s new climate initiative are Big Coal, United Mine Workers (that will teach them for not endorsing Obama in 2012), children who develop cancer and other health problems because they live or attend school near fracking wells, and future generations who suffer the ravages of catastrophic climate events because Obama’s extremely timid initiative falls far short of achieving the emissions reductions that are required.

For the most part the executive order Obama proposes (see details below) fully empowers the EPA to implement existing legislation already enacted by Congress (under The Clean Air Act) to regulate carbon and other emissions. In other words, he will cease to obstruct the EPA as he did during his first term. The Obama administration is already bound by a 2007 Supreme Court decision that the EPA must regulate carbon dioxide (CO2) under the Clean Air Act. In compliance with the ruling, in 2009 the EPA issued an “Endangerment Finding” that CO2 is a threat to public health – and drafted rules to regulate CO2 from new power plants in March 2012. According to Think Progress, the already-delayed rules have been delayed since then. In fact bitter battles over emissions limits on coal-fired plants and the Keystone pipeline were the main reason behind EPA chief Lisa Jackson’s resignation. in December 2012.

Opposition from the Right and the Left

As with Obamacare, both the right and left have big problems with the President’s climate initiative. Republicans fear it will expand Big Government and harm the economy. Anti-fracking and anti-Keystone activists are even more vocal in their criticism. Anti-fracking activists are mainly concerned about growing evidence that fracking poses serious hazards to human health. Many have already taken to calling Obama the Fracking President, owing to the ALEC*/Exxon legislation he signed recently. Under the new law drilling companies aren’t required to disclose the hazardous fracking chemicals they use until after they close the well. Also of increasing concern are recent studies (National Academy of Science  and NBC) showing that natural gas is leaking into drinking water near fracking sites. Even more alarming are studies (CDC and Texas) documenting cancer clusters adjacent to fracking wells. No one is surprised, of course, that federal, state and local regulators are being “bullied” into approving fracking as “safe” when there is virtually no reliable research substantiating this claim.

Anti-Keystone activists are unhappy about Obama’s refusal to veto outright the Keystone XL Pipeline. Instead he dances around, stating he will only approve it providing it doesn’t increase carbon emissions. After yesterdays speech, Forbes Magazine was quite definite it would be approved. The State Department (which is responsible for the environmental review) has already issued their finding that the pipeline itself won’t increase carbon emissions because Canadians producers would just find some other war to get tar sands oil to the Gulf Coast refineries (owned by the Koch brothers, by the way). Sounds like gang logic to me. We may as well beat up that old lady before someone else steals her money.

Due to the immense amount of fossil fuel energy required to extract oil from tar sands, the oil transported through the Keystone pipeline will produce carbon emissions equivalent to 51 coal powered plants. On June 20, 145 of Obama’s 2012 campaign staffers called on him, reminding him they worked “day-in and day-out” to reelect someone who was serious about tacking climate change.

Other climate activists are disappointed that Obama’s climate initiative reduces emissions far too slowly to avert catastrophic climate change. Think Progress lists a number of additional actions he could take by executive action as Congress has already authorized them under existing legislation:

The Army Corps of Engineers already has the authority to review the climate impacts of coal imports and has been requested to do so by officials and environmental organizations in the Pacific Northwest – where planned export terminals will export coal to be burned in Asia. Obama’s executive order should direct them to exercise this authority but it won’t.

All new projects undertaken by federal agencies must include NEPA analyses. Yet the Obama administration has yet to include the cost of carbon pollution in NEPA assessments.

Executive Order 13514 which Obama signed in 2009 established a 5 percent renewable energy goal for federal agencies. If Obama were really serious about reducing carbon emissions, he could instruct all federal agencies to meet this goal by 2014. Then he could raise the goal to 10 percent in 2017 and 15 percent in 2017. This would ensure a strong market for renewable energy across the country.

*ALEC is an organization of businesses, legislators and foundations that enables corporations themselves to write the regulatory legislation Congress and state legislatures will use to regulate them.