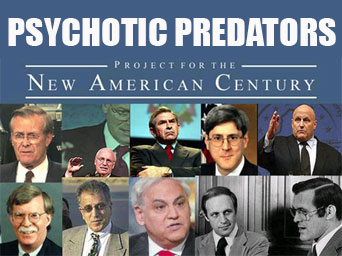 How many deaths will it take till he knows That too many people have died? –Bob Dylan

Most of us have favorite causes; and many will go out of their way to defend those causes.
When we hear someone defending the causes that are not our own, we’re often unsure about which defence is right.
What do you do when you know that a writer or speaker is lying through his teeth? But you can’t prove it.
Many people simply shut him down and click to something else out of frustration. Of course that allows the liar to get away with his deception, at least with those who have no basis for acceptance or rejection.
What can you do to deal effectively with deceivers when the audience may be interested in acquiring the truth rather than padded fiction pretending to be fact?
If the issue is important, involving people’s lives, the truth must be repeated time and time again, until the lie is exposed and action taken to rectify the damage done by the lie.
In his article, “The Deceivers”, Chris Floyd asks “How many times must the truth be told before it conquers the lies? Again and again, the brutal realities behind the rape of Iraq–that it was planned years ago, that the aggressors knew full well that their justifications for war were false and that their invasion would lead to chaos, ruin and unbridled terror have been exposed by the very words and documents of the invaders themselves. Yet the reign of the lie goes on, rolling toward its final entrenchment…?”
Floyd answers his own rhetorical question:
“The public record, available to anyone who wants the truth, is undeniable: the war was waged on false pretences and the war leaders knew it. They knew it would bring unimaginable death and suffering to multitudes of innocent people in Iraq and to thousands of their own soldiers and civilians as well. They knew it would lead to more terrorism, more chaos, more insecurity in the world. Yet they plunged ahead anyway, deliberately deceiving their own people with a poison cloud of lies, exaggeration and bluster. Why? Because for the warmongers, the game was worth the candle: the loot, the power, the ‘dominance’ to be won was an irresistible temptation.”
Numerous articles and websites have identified the rogues’ gallery of neocon warmongers in the PNAC, The Project for a New American Century, in the G.W. Bush administration.
They should all–including Bush–be tried for war crimes. Until they are indicted for the many murders they were responsible for, their pictures and names and lies should be repeated and repeated and repeated.
Dick Cheney and Donald Rumsfeld should top every list under George W. Bush. Other PNAC fabricators including Paul Wolfowitz, Richard Perle, John Bolton Elliott Abrams, I. Lewis Libby, Norman Podhoretz and Douglas Feith should also be tried for war crimes.
Tell me that you know all this and I will say “Do something about it!” What can you do?
Write until you and your readers are tired enough to stop letting bygones be bygones. Write with all the outrage that these war-mongering monsters deserve.
If you can’t write, go to America or the UK and march. If the deaths of more than a million innocent people based on fakery and lies isn’t enough to justify your voice being heard, nothing will move you.
If you can’t write or march, read and research the internet. Post what you find on your Facebook and twitter pages. Keep posting, again and again and again.