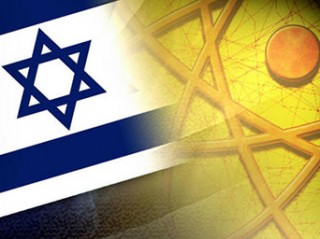 So let’s ask about the rogue state’s chemical weapons

UK Foreign Office ministers seem to have great difficulty answering simple questions about Israel’s terror capabilities. It’s as if they don’t want to admit to the awful truth about the violent and lawless regime to which they’ve pledged everlasting support.

So it was time for another “Dear Henry….”

Thank you for asking the question about Israel’s nukes.

Mr Bellingham: To ask the Secretary of State for Foreign and Commonwealth Affairs what recent assessment he has made of the likelihood of the Government of Israel having a nuclear weapons programme; and if he will make a statement. [167222]

Alistair Burt: We have regular discussions with the Government of Israel on a wide range of nuclear-related issues. Israel has not declared a nuclear weapons programme. We encourage Israel to sign up to the non-proliferation treaty and call on them to agree a Comprehensive Safeguards Agreement with the International Atomic Energy Agency.

Mr Burt insults the whole nation with the same empty and dismissive reply he gave Sir Bob Russell two months ago, and which prompted your further question (please see my email of 13 July below for comparison). What the British public (and indeed their elected representatives) need is an estimate of Israel’s nuclear weapons capability by our own and international intelligence sources.

May I ask you please to repeat the question, and keep repeating it, until we get some sense from Mr Burt?

Turning to the chemical weapons issue, the allegations against the Assad regime in Syria and the West’s threats of punitive action, foreign secretary William Hague misled the country when he stated on the FCO website https://www.gov.uk/government/news/foreign-secretary-calls-for-strong-international-response-to-chemical-attack-in-syria :

“So we continue to look for a strong response from the international community that is legal, that is proportionate and that is designed to deter the further and future use of chemical weapons…. It’s very important for a regime like the Assad regime to know that there is a clear response when they cross such an important line. As I say, this is the first use of chemical warfare in this century.”

Hague knows, or should do, that white phosphorus was used by Israel against the densely-packed civilian population of Gaza in 2008/9. We didn’t hear him or Cameron or Burt urging punitive strikes against Tel Aviv. As they now crank up talk of military intervention in Syria we’re told that Syria has not signed the Chemical Weapons Convention, as if that settles any doubt about Assad’s culpability. But neither has Egypt and she still receives massive military aid from the US.

As I write, incontrovertible evidence seems hard to come by, the UN inspectors’ findings are awaited so the jury is still out on who was responsible for the poison gas atrocity in Syria. Many people suspect that the real ‘axis of evil’ – i.e. the US, Saudi Arabia and Israel – are the likely perpetrators. After all, they are the region’s chief troublemakers. And Israel has appalling ‘form’. In its 1982 war on Lebanon an international commission concluded that the Israelis “committed acts of aggression contrary to international law”, that the government of Israel had no valid reasons for invading Lebanon, and that Israel was responsible for the killings in Sabra and Shatila, which the United Nations General Assembly declared an act of genocide.

In Israel’s 2006 war on Lebanon, Amnesty International noted the destruction of entire civilian neighbourhoods by Israeli forces, attacks on bridges with no apparent strategic value, and attacks on infrastructure indispensable to the survival of the civilian population. AI also highlighted the IDF’s use of white phosphorus shells (a crime repeated in Gaza in 2008/9). After the ceasefire some parts of southern Lebanon were uninhabitable for a long time due to unexploded cluster bombs left lying around by the Israelis.

Would you please, therefore, put another Parliamentary Question, this time requesting British and allied intelligence assessments of Israel’s chemical weapons capability and asking what pressure is being exerted to persuade the Israeli regime to ratify the CWC and open itself to international inspection? The same question should also be raised about Saudi Arabia as that obnoxious regime actually signed the CWC. Then we might all begin to see the picture more clearly.

I was unable to find your name on the Commons voting lists after last week’s debate. Were you present?

With thanks again for your efforts, and kind regards…

To ask the Secretary of State for Foreign and Commonwealth Affairs what estimate he has made of the number of nuclear warheads possessed by Israel; and if he will make a statement.Hansard source (Citation: HC Deb, 8 July 2013, c41W)

We have regular discussions with the Government of Israel on a wide range of nuclear-related issues. Israel has not declared a nuclear weapons programme. We encourage Israel to sign up to the non-proliferation treaty and call on them to agree a Comprehensive Safeguards Agreement with the International Atomic Energy Agency.

Mr Burt ducks the question. We all know that Israel is evasive about its nuclear weapons programme. Bob Russell asks for HM Government’s estimate of the number of nuclear warheads in Israel’s possession. We have an intelligence service, don’t we? There can be no sensible discussion about Iran’s alleged nuclear weapons plans (and certainly no sabre-rattling or other silly threats) without factoring-in Israel’s already established nuke stockpile and delivery systems. Why is the Israeli situation so ‘unmentionable’? Let’s take the lid off, so this nation can have a good look and be aware of the stark facts.

Would you please lodge a written question, requiring a written answer, asking the minister to respond properly and in detail to Sir Bob?

The public are becoming increasingly aware that prime minister Cameron and foreign secretary Hague are both fervent members of Conservative Friends of Israel, Hague since he was 15. Cameron is a self-declared Zionist and both have pledged undying love for Israel no matter what. Middle East minister Alistair Burt, was an officer of the party’s Friends of Israel lobby group.

They appear to have formed a defensive shield around the racist regime and seem determined to keep a lid firmly on inconvenient truths.

All three were happily gung-ho for war in Iraq, according to theyworkforyou.com, and their latest headlong rush to intervene militarily in Syria – now happily thwarted by Parliament – raises questions that will have to be answered on Judgement Day, if not before.