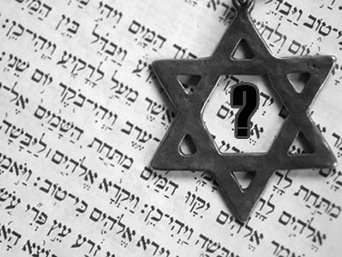 —
In The Wandering Who I dealt primarily with those I define as the ‘3rd category Jews’ – those who put their Jewishness over and above all of their other traits. I also referred  to Chaim Weizmann’s famous observation that “there are no English, French, German or American Jews, but only Jews living in England, France, Germany or America.” I obviously argue that Jews who fall into the 3rd category are primarily Zionists. In most cases they support Zionism but even when they oppose it, and in spite being ‘progressive’ and ‘secular’, they, for some reason, prefer to operate politically ‘as Jews’. I guess that they must attribute a certain kind of specialness to their ethnic origin – they are ‘Judeo centric.’
In the following piece, MJ Rosenberg courageously reports on a recent encounter with a bright American Jewish boy.

“You may not realize it,” the boy tells Rosenberg,  “but your premise is Zionist. You think Jews are, by definition, connected to Israel and have to care about it. But that isn’t who I am.  I’m an American kid whose religion is Jewish.”
It took more than a century for a Jewish boy to answer Weizmann; I am not a ‘Jew who lives in America’. I am actually an American Jew.
But what about the progressive Jews who care so much for Palestine? The boy answers, “the Jewish kids who are deeply involved with Israel or Palestinians are sort of the same kids. They accept your premise that they are connected to that place.” Strictly Speaking, they are Weizmannian Jews!
“You, MJ, are a Zionist,” he continues,  “You think I have an obligation to try to stop the occupation because of my religion. To me, that is no different than telling me I have to support Netanyahu because of my religion.”
I actually admire Rosenberg for sharing this fascinating conversation with the rest of us. I guess that more and more people within the anti-war and the Palestinian solidarity movement know it by now: we are dealing here with liberal Zionists who more than often operate as controlled opposition but most of the time are merely AZZ (anti-zionist zionists).
To read MJ Rosenberg click here