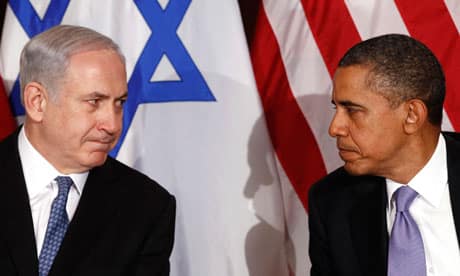 Each Year Billions of American Hard Working Tax Dollars Go to Funding a Warmonger in Warmonger Clothing!  It Must End!

In the wake of last week’s Obama/Rouhani telephone call in which U.S. and Iranian presidents began a dialogue ending with both expressing confidence that diplomatic ties can begin to grow, the incessant and objectionable Israeli Prime Minister Benjamin Netanyahu immediately launched a campaign to thwart the diplomacy and return back to the warmongering disposition to get the USA to attack Iran on its behalf killing millions of destroying further what’s left of the credibility of the USA.

First, we saw Israel release to its corporate assigns in the U.S. media that Iran is spying on Israel “Israel releases pictures allegedly taken by detained Iranian spy”. Then, not getting much traction, we see Bibi immediately hop on a plane to visit Barry at the White House today in an effort to “tell the truth in the face of the sweet talk.”

Great! Here we are…American Taxpayers, are sick of war, sick of hate, sick of racism, sick of occupation, and we have to entertain this bizarre freak as he rushes to meet with our U.S. President because he’s actually making deals of peace and business instead of dropping bombs and killing innocents. Great!

Didn’t Bibi get our message on Syria yet? We don’t want wars anymore! We want diplomacy. We, the American people, have realized that diplomacy is a mark of success and that bombing and warring with our fellow humans that have less firepower is NOT the way to win friends and influence people; nor is it moral or substantial for a leading country like ours. In other words, his way is NOT okay!

Okay, so as this very dangerous knucklehead takes aim at Barry today, who he clearly cannot stand, we, the American people, continue to endure his presence on our soil and a media that continues to prop this predator up as an “unbreakable friend”.

To this writer, we shouldn’t be letting him break down the doors of the white house to yell at our President but we should immediately announce that…

If Israel does NOT give up its chemical weapons and accept U.N. inspections on its weapons of mass destruction including but not limited to its over 300 nuclear bombs that everyone knows it has, then ALL U.S. aid and business contracts will be suspended in full. Period!

And furthermore, Bibi will be investigated for war crimes. Then we send him for a psychological evaluation to determine if he belongs in a mental hospital or jail.

I mean, if we follow the “20 Signs That You Are A Psychopath”  report from the world’s leading doctors, well, it sure appears that, like 25% of the U.S. prison population, this man lacks empathy and is clearly a psychopath; which means, Obama should put his arm around this sick man, tell him no mo money for you, and then call in the guys with the white jackets and take his sorry war mongering ass away!

It’s time for a new world order alright and there is NO place left for these 20th-century relics anymore. It’s one love for all of us now….sorry bro! Apartheid sucks, you suck, occupation sucks, and we’re not buying anymore!