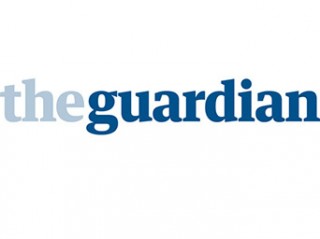 If Americans complain they aren’t getting the true story about foreign affairs, they’re very likely right. By choosing to ignore, say, reporting about the carnage the U.S. has wrought, and the wreckage it has left, across the globe, the American print and broadcast media reveal their subservience to the White House and its corporate allies. I’ve watched CNN for hours and rarely see a report about the fighting in Afghanistan. You’d never know there’s a war on.

It’s not that CNN distorts the news so much as it omits the news about the mayhem the U.S. inflicts when it goes to war. The American public is being fed a steady diet of comparative non-stories about local shootings here or there compared to reporting on the malign activities of their massive war machine. Cable News outlets devote long hours to covering some domestic murder trial, yet the depredations of President Obama overseas are never classified as murder, which, in the absence of legal procedures, they surely are.

There are, however, a few publications filing stories about the crimes of America, the most prominent of which is the Guardian, Britain’s liberal daily and the subject of a definitive article by Ken Auletta in the October 7th issue of The New Yorker. It was the Guardian that broke the story on National Security Agency’s(NSA) spying on millions of innocent Americans, robbing them of their privacy. It was the Guardian that broke stories of American atrocities in Iraq and Afghanistan; of how Rupert Murdoch’s British tabloids bribed police and hacked the phones of celebrities, politicians, and Royal Family.

At a time when print dailies are shriveling, Editor Alan Rusbridger, Auletta reports, has pushed “to transform it into a global digital newspaper, aimed at engaged, anti-establishment readers and available entirely for free.” Most important, “Rusbridger wanted Guardian known for investigative reporting.” Right now, its Web site enjoys 84 million unique visitors each month but digital dollars account for only one-fourth of its ad revenues.

The paper’s probes are so on the mark that U.K.’s Oliver Robbins, the deputy national security adviser, called Rusbridger to say his agents would be coming to the paper’s offices to seize the hard drives containing the Snowden files, Edward Snowden being the former NSA contract employee who exposed its spying on the phone calls and E-mails of the Americans. In a scene reminiscent of Nazi Germany’s book burnings in the Thirties, Rusbridger was forced to smash the Snowden hard drives and circuit boards in front of Crown agents. Can one imagine a greater tribute than this to the Guardian’s integrity, accuracy, and audacity?

Although the Guardian is endowed by a generous trust, like virtually all newspapers, it is losing money. The paper employs 1,600 employees, including 583 journalists(60 in New York) plus 150 digital developers, designers and engineers. For right now, The New Yorker’s Auletta reports, the goal is to hold down its losses while it struggles to hike Internet ad revenues. These rose 29% to 56 million pounds, a gain exceeding the decline in print revenue. Yet, the company still operates in the red. “‘Eventually,’ Rusbridger predicts, ‘between the Guardian’s worldwide reach and a more aggressive effort to reach its younger, liberal, well-educated audience, ad dollars will pour in…We want a large audience and international influence, and not just with elites.”

Today, a third of the paper’s 7 million daily online visitors, are American, perhaps because of its breaking news reports on the U.S. such as the NSA expose. However, Rusbridger says, besides the successful launch of an Australian online edition, he is looking at new venues such as India. If Guardian succeeds, the weekly paper founded by local merchants in Manchester, England, in 1821, will become the first truly global newspaper of the planet. Rusbridger, since a visit to Silicon Valley in 1994, has believed the future of newspapers was digital, and later, as Editor, pushed the free, online edition. At the time, the Guardian’s print edition was just 60,000 and falling, going for Internet readers and making that pay seemed like an opportunity as well as a challenge.

Americans disgusted with their local paper’s dismal coverage of foreign events could do worse than subscribe to the Guardian, the free Internet liberal newspaper that’s worth paying for—and defending.