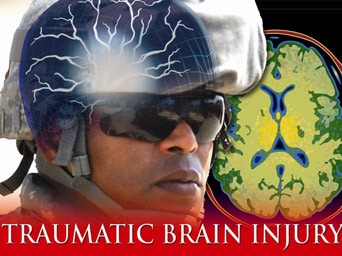 Iraqi vet seeks justice for himself and others

by Eric Newhouse in Invisible Wounds

Gatlin’s appeal essentially argues two main points: that the VA’s test wasn’t sufficiently capable of evaluating the damage to the brain of a high-functioning individual like Gatlin, and that the psychologist who examined him wasn’t qualified or trained well enough to administer the VA’s tests and interpret the results.

Gatlin was administered the RBANS test at Fort Harrison. “But it’s just a screening tool, not a diagnostic test,” Del Negro objects. “It’s just used to raise red flags that show whether a patient needs fuller evaluation.”
RBANS (Repeatable Battery for the Assessment of Neuropsychological Status) tests immediate memory by asking a subject to remember 10 unrelated words or a list of 12 items in a story, visuospatial/construction by asking him to copy a geometrical figure or identify patterns in lines, language by naming pictures or providing examples of classes of objects, attention by repeating varying numbers of digits in a string, and delayed memory by recalling the unrelated words and story elements presented earlier.

But those weren’t much of a challenge to Gatlin, who’d been working to overcome those problems for the past six years.
“One of my concerns is that he’s so high functioning,” says Del Negro. “When we were in San Diego, one of the neuropsychologists told me that their tests might not be able to detect the extent of his injuries because he is so high-functioning. He was taught compensatory strategies to overcome his limitations during the rehab, plus he’s quite creative himself. Now he’s learned how to navigate around a problem to find a solution.”
Those strengths allowed him to continue functioning academically despite his injuries. And Del Negro said he was profoundly insulted when she was told that her husband couldn’t be cognitively disabled because he’s a graduate student at the University of Montana.