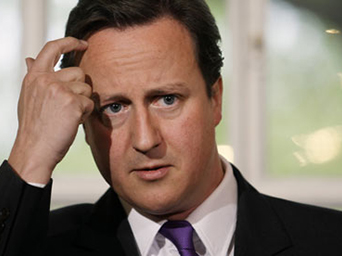 Friends of yours, Mr Cameron?

The Palestinian Embassy, for once, has done something useful and released figures that paint a shocking picture of Israel’s mega-crimes against their helpless Palestinian neighbours over the past year.

Of course, these statistics for 2013 barely scratch the surface. The stomach-churning story of the rogue regime’s inhuman conduct stretches back to World War 2, before its founding, when Jewish terrorists were attacking and murdering British soldiers of the mandated government right up to their departure in 1948. Subsequently the terror gangs and militia massacred or put to flight hundreds of thousands of Palestinian villagers and townspeople in order to hugely enlarge the territory allocated for a Jewish state in the UN Partition Plan.

Their programme of ethnic cleansing and land theft continues to this day and has even accelerated during so-called negotiations, making crystal clear Israel’s contempt for peace. Israel’s purpose, it is surely clear by now, is to establish as many ‘facts on the ground’ as possible under the cloak of a bogus peace process, engineered by the AIPAC string pullers of the US administration, in the hope of making their illegitimate territorial gains irreversible. To achieve this they resort to every foul murder, every mean theft and every barefaced lie; and they they get away with it thanks to the international community’s dereliction of its solemn duty to bring Israel to account.

Israel’s thugs, apart from being the darlings of the US Congress, are particular friends of our prime minister, David Cameron. According to the Jewish Chronicle http://www.thejc.com/news/uk-news/113527/cameron-reassures-british-jews-over-iran-nuclear-deal , Cameron recently told Jewish leaders: “I am with you and with the Israeli people, genuinely. As far as I’m concerned, an enemy of Israel is an enemy of mine. A threat to Israel is a threat to us all.” He was talking on this occasion about Iran. He went on: “I can promise you this: Britain will stand with Israel, Britain will support Israel, Britain will keep the pressure up on Iran. We do not want you to have a nuclear-armed near-neighbour, a nuclear threat facing your country… We share that feeling and show you our solidarity.”

Who on earth was he speaking for? Certainly not for me, nor for anyone I know. And why has he got it in for Iran, which has no nuclear weapons and poses no threat to the UK? Why isn’t he anxious for our Iranian friends who face the threat of a nuclear-armed, power-freakin’ Israel, with its 400 warheads?

Israel’s enemies include Iran and Syria, and anyone else who stands in the way of Zionist ambitions for a Greater Israel dominating the Middle East. They aren’t Britain’s enemies by any stretch of a sane imagination. Cameron, only a few weeks ago, wanted clearance to bomb Syria but mercifully was stopped in his tracks by Parliament. He and his foreign minister Hague have nevertheless inflicted vicious sanctions on the Iranians intended to impoverish them and ruin their economy, for no particular reason except Israel and America wanted it. We haven’t been able to stop him on that cruel caper, unfortunately.

Where is his mandate for such objectionable policies? Has he ever consulted the British people on this pledge of servitude to the criminal Zionists? Cameron has declared himself a Zionist and that, it seems, is enough in his tiny mind to make the whole UK pro-Zionist. He and his government colleagues support and admire the criminals who are responsible for this……….

And they have the nerve to commit us British citizens to the cause of these Israeli delinquents.

Interviewed in 2005 http://www.igreens.org.uk:80/cfi_david_cameron_interview.htm Cameron was asked why Conservatives should be friends of Israel. He replied, “Because Conservatives believe in supporting democracy, defending freedom and standing up against terrorism. Israel is in the front line in the international struggle against terrorist violence and we should show solidarity with all involved in that fight. Conservatives also recognise Israel’s unique position as a lone democracy in a region that currently boasts no others.” He admitted he hadn’t been to Israel (nor presumably to the occupied Palestinian territories), so one questions whether he knew what he was talking about.

By 2012 he was still talking bollox. Here are some of the things he said in a speech to a Conservative Friends of Israel lunch…

Cameron is clearly a danger to himself and our country. Worse, he will be seeking re-election in 2015. Activists for justice would do well to include him and his fellow friends of Israel at the top of their electoral boycott list.