Home Life The Courage of the Quenelle 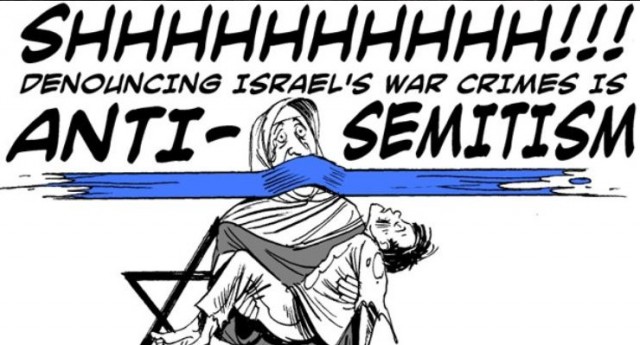 [ Editors Note:  Dear readers, This was a top read commentary on Press TV this week.  This gesture which encompasses all ethnic and religious groups, is the kind of thing that scares the hell out of spinmeisters, as it can erase many years of past brainwashing, and render their current efforts ineffective.
We can afford not to spread the word about an effort that simple flows around all the traditional roadblocks for people winning the divide and conquer games our elitist enemies have played on us for a long lone time. We have the power in our hands to tell them we won’t play any more…but will we roll up our sleeves and accept doing what has to be done… Jim W. Dean ]

There is a strange gesture sweeping Europe called the “Quenelle.”  Dieudonné M’bala M’bala, the vastly popular French comedian and activist for social justice is credited with creating it.
What is it?
Haaretz calls it a “reverse Nazi salute.  When I see it, it is someone brushing lint off their sleeve.
Are the Zionists of Europe, the extremist political group that masses are rising against to be considered “lint” to be brushed away?
Perhaps that is the message that the decades of hatred spewed at Germans, the robotic indoctrination of Europeans in questionable history, self-hatred and slavish obedience to a “bankster” elite is the real heart of Zionism.
This is the real message of the Quenelle, a stand against apartheid in an Israel that legally was never intended to be a Jewish state but rather a “homeland” for Jews persecuted during the war. Never mistake one for the other.
Badge of Honor
The Quenelle is the antithesis of Zionism.  It is international, inclusive, non-sectarian, steeped in not just humor but a dedication to social justice that turns away from violence. You see, Jews are victimized.

Few non-Jews understand and fewer Jews each day “get it.”  Jews are the fodder of “hatred mythology,” an industry of manufactured mythology that is at the root of over 60 years of conflicts and deaths that now number into the millions.

Whatever is said, there would be no Syrian war without Zionism, no “war on terror,” no Suez crisis, no Chechnian bombings in Russia.  We can go further; there would be no Tea Party of warmongers and extremists in the US without the Zionist money behind them, no flood of narcotics into the world’s schools and kindergartens and, most of all, no world economic and monetary crises.
Is this an overstatement, an oversimplification?  If only that were true.


The Quenelle, labeled an “anti-Semitic” gesture by those it is intended to expose, is a real success.  First of all, why in the world are Zionist still using the term “Semitic?”
A highly respected study done at John’s Hopkins by a group led by Israeli scientist Dr. Eran El Haik conclusively proved that Israeli Jews are genetically European.
Most Jews, 97.5%, have absolutely no Middle Eastern DNA of any kind, not Semitic certainly.  Does this mean there can be no Jewish homeland? Actually no.  Does it mean that “settlers” can move simply displace very real Semitic residents, for Palestinians are a totally “Semitic” race, and steal their homes?
The Geneva Conventions qualify this as a war crime.  Even the European Union now outlaws anyone from having financial dealings with Israeli companies or persons living on illegally stolen land, not just the West Bank but 40% of pre-1967 Israel as well.

This is law, though unreported.  Instead, newspapers call the Quenelle “anti-Semitic” but fail to recognize or report that their own governments have sanctioned Israel for apartheid acts against their real Semitic population. This is why the Quenelle is so important. It is about “justice.”

Never published, never spoken of publicly, the intelligence organizations of the world are all aware that most terrorist acts are staged as theatrical events to forward the economic aims of powerful quasi-national organizations.
The largest terror organization in the world is Israeli.  Calling it the “Mossad” is an oversimplification.
In actuality, it encompasses factions of the intelligence organizations of dozens of nations, Saudi Arabia, Turkey, Britain, India and, especially, the United States.
The Mossad only manages these factions.
These groups, in turn, back revolutions, rig elections, set off car bombs, hire “lone gunmen” and “suicide bombers” and train terror groups in three dozen nations.
Last week, Africa suffered a “jolt” from this very real conspiracy.  Few saw it, few recognized the pattern but it was there. Are the “Jews” doing this?  The real answer is no.  Jews are people like everyone else. Making them seem otherwise, making them hated or feared is the work of the Zionists.
Reporting the history of this well recognized and highly documented fact can be fatal.


Like any good parent, I took my own children to Dachau, twice actually. I didn’t say anything.
Later, it was admitted that Dachau was never a “death camp” and the millions of children, busload after busload, decade after decade, had all been lied to.
This also means that the millions of American servicemen that claim to have visited the gas chambers of Dachau were suffering from “American Legionitis,” a disease caught from too much time on a bar stool.
I have also been to Auschwitz, something few can really state.  This is hours of driving from Berlin, involving renting an apartment in Krakow and driving south.  Auschwitz has to be seen in winter, when days are short.
It is a dismal place.  There is a story there, IG Farben, Standard Oil, the Bush family, synthetic rubber plants, a huge industrial area, work camps, a real truth that is only told in pieces. You can smell the suffering and death.  What you can also smell is something else wrong.

You see, Auschwitz, at one time credited with the gassing of millions of Jews is, officially, no longer considered a “death camp. Was massive wrong done there?  Anyone who doubts that is insane.  Is history, as it is taught in Europe, virtually at gunpoint, wrong?

If truth is justice, then why is truth a crime?  The answer is simple, the truth would expose something monstrous, well beyond questions of the holocaust.
If the “game theory warriors” are right, we are fed historical absurdities to confound and blind us.


The Zionist war against “the Quenelle” is a war against tolerance, not against hate.  Zionism is the definition of hate.  Zionism is little more than one head of the hydra.  Jewish victimization mythology is no more than a tool.
If the “game theory warriors” are right, the persecution of the Palestinian people is little more than a game, part of a complex equation, “chaos theory,” intended to create a fertile environment for human subjugation.
Bedfellows

Oddly, I probably receive more “anti-Semitic” attacks than most, though I am a primary voice against Zionism and Likudist “hokeyism.” There is one nasty truth Jews need to accept.  They are being played for fools.  The Quenelle is a way of demonstrating this. “Any fool can see this.”
It is the job of Zionism to make certain every Jewish child spends every waking moment in terror of being turned into soap or a lampshade though such things were debunked long ago.