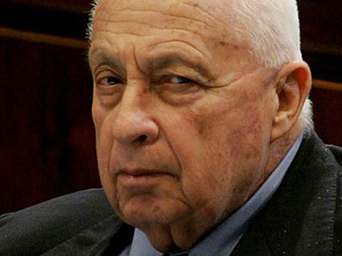 According to Freedland, Sharon, “as one of Israel’s founders… had the credibility to give up occupied territory – and even to face the demons of 1948”. Freedland speculates also that “Sharon’s final mission might well have been peace.” This is indeed a big statement, but how does Freedland support his creative historical account?

“Sharon’s final act” says Freedland,  “was to dismantle some of the very settlements he had sponsored. In 2005 he ordered Israel’s disengagement from Gaza, seized in the 1967 war in which Sharon had been a crucial, if maverick, commander.”

Let alone the fact that Freedland comes short of reminding his readers about Sharon’s colossal war crimes, he actually completely distorts the political narrative that led Sharon to the 2005 unilateral disengagement.

Did Sharon have a plan to reconcile with the Palestinians and to address their plight or their right to return to their land? Not at all, we do not have any evidence of Sharon’s remorse.  The logic behind Sharon’s disengagement is simple on the verge of banal. Sharon knew very well that if Israel insisted to maintain itself as the ‘Jewish State’, it would have to rid itself immediately of Arabs. Late Sharon was becoming aware of the possible implications of the ‘Palestinian demographic bomb’.  The Palestinians were becoming a majority in areas controlled by Israel.

Ridding Israel of the highly populated Gaza strip was a perfect start.  In a single political and territorial move, Sharon freed Israel of 1.5 million Palestinians and liberated Israel of growing complex security issues. Sharon was a pragmatist politician, he’s always been one and his disengagement wasn’t at all an attempt to “face the demons of 1948” as Freedland suggests: It was a Judeo-centric attempt to maintain the Jewishness of the Jewish State.

Freedland’s biased inclinations continue till the end of today’s piece: “an intriguing habit of Sharon’s was to refer to places in Israel by their original, Arabic names – thereby acknowledging the truth that usually lies buried beneath the soil.” Is this right? Did Sharon really pay tribute to the eradicated Palestinian civilisation by uttering some words in Arabic? Not at all: Sharon was born in the British Mandate of Palestine. He was raised in a country scattered with Palestinian villages and cities. Sharon and Israelis of his generation tended to pepper their Hebrew with a few Arabic words because such an act filled their existence with an authentic sense of belonging and a bond to an imaginary soil. I hope in that context, the laughable Freedland doesn’t also think when Israelis eat Falafel they try to express empathy towards 6 million Palestinian refugees: After all, Falafel also belongs to Palestine.

Freedland probably waited for Ariel Sharon to die in order to spread his laughable reading of history, just to make sure that the ‘immortal Sharon’  would not bounce back and dismiss this gross interpretation as complete nonsense.