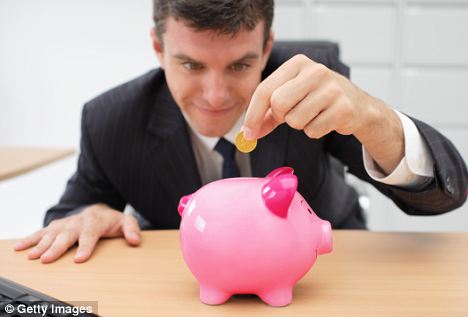 During the recession, pay restraint measures led to many workers receiving salary increases that did not keep pace with inflation. Some companies implemented pay freezes while others held pay rises down to little more than 1%. As the shoots of recovery start to blossom, companies must deliver better pay and development opportunities for their employees, according to John Cridland, Director-General of the CBI. His message appears to be supported by figures released by the GMB Union, which show a drop in the real value of average earnings.
CBI New Year Message:
In his New Year message, Mr Cridland stated that, in his opinion, there are “still far too many people stuck in Minimum Wage jobs without routes to progression.” He called on businesses and the government to address the issue by offering career development opportunities to existing staff, along with training for young people to them secure their first jobs.
Mr Cridland pointed out that businesses spend around £49 billion each year on training, but emphasised that companies must continue to invest in their staff if they are to release employees’ full potential and retain essential personnel.

GMB Official Earnings Study:
On the same day that Mr Cridland issued his New Year message, the GMB Union published the results of a study on official earnings data. The study revealed that the real value of official earnings in the UK dropped by 13.8% between April 2008 and November 2013.
The decrease in the real value of average earnings was highest in London, according to the study. Residents in the UK’s capital experienced a 20.4% drop in average earnings between April 2008 and November 2013. Scotland and the North East experienced the lowest falls, recording decreases of 9.9% and 8.6% respectively.
The GMB General Secretary, Paul Kenny, claimed that the figures illustrated why families in working households were struggling to pay their bills, despite signs of economic recovery. He stated that “working people deserve and need a decent pay rise to halt the drop in living standards.”
Need for Increased Pay for Employees:
It appears that both the CBI and the GMB are united in calling for employees to share in the fruits of economic recovery. Until households start to see increases in income in real terms, they are unlikely to experience any benefit from the improved economic outlook.
There are two ways that employees can experience a boost in their income in real terms. Firstly, they may receive an above-inflation salary increase, if businesses pass on the results of increased productivity and profitability to their employees. Alternatively, employees can boost their income by securing a promoted position, either with their current employer or by moving to another company.
During the recession, many employees were afraid to move job or unable to find alternative opportunities. Even if earnings remained low, they remained with their employer because they had no choice but to do so. As the economy improves and companies like Essential Personnel are beginning to see job vacancies begin to open up, employers who do not harness the talent within their workforce and offer career development opportunities may lose vital employees to their competitors.

Steven Pearson enjoys keeping up with the latest developments in the job market. His articles and research mainly appear on employment and career blogs