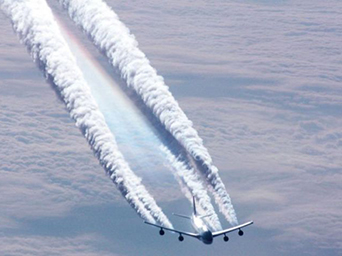 There is a great mystery afoot across our country.

According to unofficial sources its cover name is geo-engineering, and it is said to be a way of reducing global warming. But to a growing number of investigators it is blatant genocide, which could mean death to you, me, and those we love.

Its more common name is chemtrails, short for chemical trails sprayed into the atmosphere by high-flying jumbo jets. This means death to much of our plant, animal, and sea life.

Still, many people are unaware of the chemtrail phenomenon, even though dark elements of our intelligence forces have filled our skies from coast to coast for decades with deadly chemicals.

How can we expect the majority of our citizens to understand the complicated machinations of the New World Order, which are cleverly hidden within the left/right paradigm, when most of us have not even noticed the aerosoled toxins that have been turning our blue skies into a murky haze?

Without the need to be able to read or write, the evidence that the US federal government is our enemy is right before our eyes. 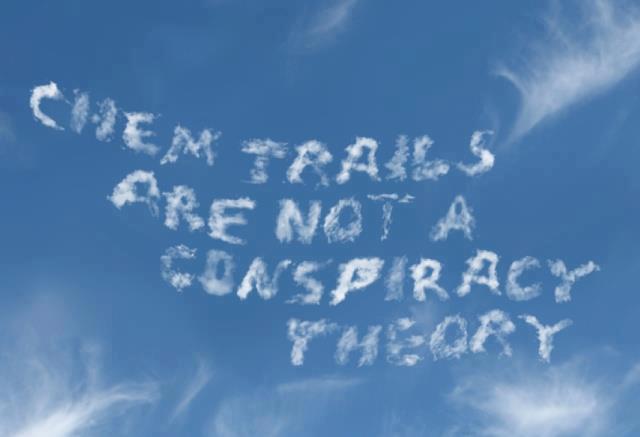 And the controlled media? When have you ever heard any mention of chemtrails in the mainstream media?

When were chemtrails discussed in any of the presidential debates? When has the New York Times (“All the News That’s Fit to Print”) used the word chemtrails except to belittle those who have tried to sound the chemtrail alarm?

These fiendish aerosol weapons against mankind go largely unnoticed by the general public and all but unreported by the corporate media.

This obvious blackout has gone on for decades in spite of the fact that daily, weekly, monthly, and yearly tangible proof has been poured onto our heads telling us we have been and are being controlled by a sinister force.

But successfully sounding the clarion alarm about chemtrails in a much more convincing and entertaining manner than my above rant is an amazing new novel by fellow writer, Cara St. Louis-Farrelly, titled The Sun Thief.

While set as a novel, this basically true story is one of the best-written, most important narratives of this age or any other. Ms. St. Louis-Farrelly is a truly masterful writer, a true humanitarian, and a gift to us all.

In the genre of books called faction (fictional books with plots rooted in facts), The Sun Thief stands tall, as does Ms. Cara St. Louis-Farrelly. Her contribution to the thriller genre is only surpassed by the importance of her message – we are all under constant, deadly attack by our elected and appointed governmental officials.

What you will find in The Sun Thief are empowering truths.

But, can we handle the truth?