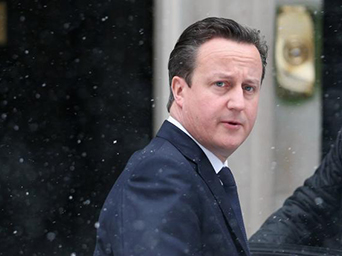 In a statement marking the death of Ariel Sharon, British prime minister David Cameron said he was “one of the most significant figures in Israeli history and as Prime Minister he took brave and controversial decisions in pursuit of peace, before he was so tragically incapacitated.”

This sickening tribute will not go down well outside Israel. Sharon, real name Scheinermann, was the child of immigrants fleeing Russia to the British mandate of Palestine in the 1920s. At the tender age of 10 the boy joined the Zionist youth movement Hassadeh. At 14 he was a member of a paramilitary youth battalion and later joined the terrorist group Haganah.

Sharon made a name for himself in 1953 when his secret death squad, Unit 101, dynamited homes and massacred 69 Palestinian civilians – half of them women and children – at Qibya in the West Bank. His troops later destroyed 2,000 homes in the Gaza Strip, uprooting 12,000 people and deporting hundreds of young Palestinians to Jordan and Lebanon.

He was regarded as the patron of the settlers’ movement. He used his position as housing minister to encourage the establishment of a network of Israeli settlements in the occupied territories to prevent the possibility of ethnically-cleansed Palestinians returning. Explaining his policy, Sharon said: “Everybody has to move, run and grab as many (Judean) hilltops as they can to enlarge the (Jewish) settlements because everything we take now will stay ours… Everything we don’t grab will go to them.”

Chief of staff of the Israeli Defence Force, Rafael Eitan, remarked, “When we have settled the land, all the Arabs will be able to do about it will be to scurry around like drugged cockroaches in a bottle.” Sharon doubled the number of Jewish settlements on the West Bank and Gaza Strip. By the end of 2005 the total was 177.

In 1982 he masterminded Israel’s invasion of Lebanon, which resulted in a huge death toll of Palestinians and Lebanese, a large proportion being children. An Israeli tribunal found him indirectly responsible for the massacre of Palestinians in the refugee camps of Sabra and Shatila and he was forced to resign as Defence minister, but that didn’t stop him being appointed to other senior government posts.

In 2000, just before his election as prime minister, Sharon and an escort of over 1,000 Israeli armed police visited the Temple Mount, site of the Dome of the Rock and al-Aqsa Mosque, and declared that the complex would remain under perpetual Israeli control. It was a deliberately provocative move which triggered the second Intifada, although there are indications that the Palestinians had already planned an uprising and Sharon’s reckless move simply pushed the button.

He was also responsible for war crimes at Jenin in 2002 when, after the second intifada was was declared, the Israeli army turned a variety of strategic weapons on the town. Accusations of a massacre were denied but many civilians living in the town and its refugee camp were killed in the street fighting and helicopter gunship attacks,  and in sections of the town that were flattened by armoured bulldozers.

Israel prevented UN investigators gaining access but a Human Rights Watch report concluded: “Israeli forces committed serious violations of international humanitarian law, some amounting prima facie to war crimes. Human Rights Watch found no evidence to sustain claims of massacres or large-scale extrajudicial executions by the IDF in Jenin refugee camp. However, many of the civilian deaths documented by Human Rights Watch amounted to unlawful or willful killings by the IDF. Many others could have been avoided if the IDF had taken proper precautions to protect civilian life during its military operation, as required by international humanitarian law… Some of the cases documented by Human Rights Watch amounted to summary executions, a clear war crime… Throughout the incursion, IDF soldiers used Palestinian civilians to protect them from danger, deploying them as ‘human shields’ and forcing them to perform dangerous work … the IDF prevented humanitarian organizations, including the International Committee of the Red Cross, from gaining access to the camp and its civilian inhabitants, despite the great humanitarian need.”

Sharon was the driving force behind the evil Separation or ‘Apartheid’ Wall which deviates wildly from the Demarcation/Green Line and effectively annexes 10 percent of the Palestinian West Bank’s choicest land and water resources, and cuts off villagers from their crops and livelihoods.

And there have been reports that Israeli death squads are authorised to enter “friendly” countries and kill those suspected of being a threat to the Jewish state wherever they are hiding. Targeted killings were pretty much restricted to Occupied Palestine but the appointment of a new Mossad director, Meir Dagan, in 2002 changed all that.

Sharon was said to have given his old buddy Dagan a mandate to revive the traditional methods of Mossad, including assassinations abroad, even at the risk to Israel’s bilateral relations. It is quite possible that Mossad hoodlums are at this moment prowling the streets of London, Bradford, Glasgow and Manchester – as well as major cities in Europe and the US – snuffing out plotters against their rotten racist regime.

The president of the Board of Deputies of British Jews, Vivian Wineman, paying tribute to Sharon, says: “He was among Israel’s greatest military strategists and a master of tank warfare, an art learnt at staff college in Britain… His final major act demonstrated his vision and political boldness in unilaterally withdrawing from Gaza in pursuit of the peace process with the Palestinians.”

The truth is that Israel continued to control Gaza’s airspace, air-waves, coastal waters and border crossings, and still does, creating in effect an open air prison camp. The idea that Sharon’s withdrawal was a peace overture is nonsense.

Former Chief Rabbi, Lord Sacks, called him “a warrior who became a man of peace”. A poll by the Israeli news website Ynet voted Sharon the eighth greatest Israeli of all time.

One of Sharon’s must famous (or should that be infamous?) sayings was at an Israeli Cabinet meeting when he (allegedly) told Peres: “We the Jewish people control America, and the Americans know it.” Americans from now on should make damn’ sure they unshackle themselves from such people.

Sharon escaped earthly justice and belongs to the mega-criminal class that Cameron’s government changed our law of Universal Jurisdiction to protect. It is hoped others however will live to feel the teeth of justice chewing their sorry ass.