Home Life US military hijacked by Israel since 9/11

Israel has “hijacked” the US military as its “surrogate” since the September 11, 2001 attacks to destabilize the Middle East, says an American investigative journalist and former university lecturer.

“Israel has really hijacked the US, and used the US military as its surrogate to fight these wars and destabilize the Middle East and make the Middle East safe for Israel,” Dr. Kevin Barrett told Press TV on Wednesday.

It was all part of Benyamin Netanyahu’s 1996 “Clean Break” plan which was drafted by American neo-cons to use the US military to eradicate the Zionist regime’s enemies in the region, he explained. The plan was put into action on 9/11 to remove governments in seven countries- Iraq, Syria, Lebanon, Libya, Somalia, Sudan and Iran – over five years, Dr. Barrett said, citing retired Army General Wesley Clark. 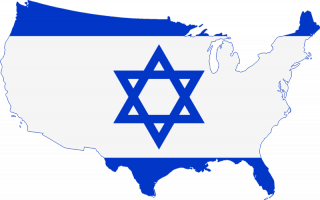 Dr. Barrett made the comments as a report indicates that Israel and the Pentagon are the “winners” of a bipartisan $1.1 trillion spending bill unveiled in Congress on Monday night.

The bill provides about $497 billion for the Pentagon in 2014 — about the same as in 2013. In addition, it allocates $85.2 billion for the war in Afghanistan as part of the Pentagon’s overseas contingency operations (OCO), $5 billion more than requested.

“It’s really much worse than appears with this spending bill that is handing almost half a trillion dollars to the US military at a time when American taxpayers are tightening their belts,” Dr. Barrett noted.