Home Life Zionist war in ME not in US interest: Analyst 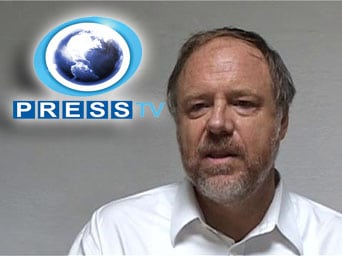 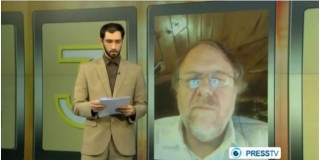 A political analyst has warned top American diplomats that a possible war in the Middle East by neoconservative Zionists will not be in US interest, Press TV reports.

“The neoconservative Zionists Likudnik extremists aligned with [Israeli Prime Minister Benjamin] Netanyahu want a wide Mideast war so they can continue the ethnic cleansing of Palestine and maybe finish it, chase all the Palestinians out and murder a large segment of them,” said Veterans Today editor Kevin Barrett said Sunday.

“They don’t really care whether the war is successful. They just want to ethnically cleanse Palestine under the fog of war,” he added.

The commentator stated that US Secretary of State John Kerry “feels compelled to issue these barbaric threats of war” against Iran despite the fact that any aggression in the Middle East will not serve Washington’s interests.

“He feels compelled to utter these threats because he is under pressure from the Zionist lobby which has so much power here in the USA,” Barrett said.

He added that a military attack on Iran cannot possibly result in a victory for the attackers.

Speaking to Al-Arabiya on Thursday, Kerry said that if Iran resumes uranium enrichment beyond the five-percent level, “then the military option that is available to the United States is ready and prepared to do what it would have to do.”

Iran’s Foreign Ministry Spokeswoman Marzieh Afkham said on Saturday that Kerry’s remarks are a violation of international law and the Charter of the United Nations.

Kerry’s repeated threats come against the backdrop of the implementation of the nuclear deal clinched between Iran and the five permanent members of the United Nations Security Council — Russia, China, France, Britain, and the United States — plus Germany in the Swiss city Geneva on November 24, 2013.

Under the deal, Iran would take the confidence-building measure of limiting its nuclear enrichment to five percent for six-months and in return it would be provided with partial sanctions relief.