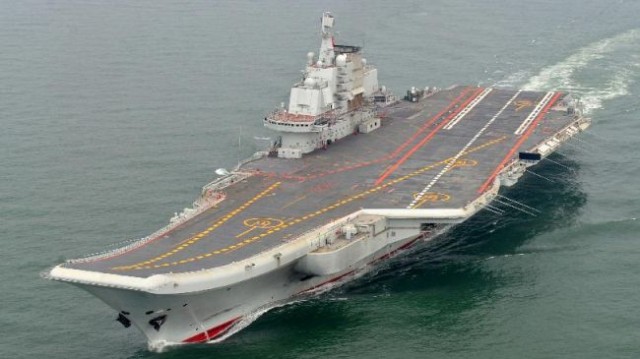 [ Editors Note:  We are continuing to see the usual bogeyman propaganda rolled out to build China into some kind of serious threat to America.

The Stars and Stripes article is careful to mention that professional military people know better. That means the snow job is for the regular folks back home.

This who engage in pandering their trumped up threats are to be condemned for the pimps they are. They wrongly think that by wearing the patriotism robe they are protected. But they are way behind the times.

Despite publishing on the Internet they still act like the rest of us out here are all idiots, or mushrooms that just love to have manure shoveled on us.

The Chinese are not a threat. They are on defense like everyone else it. And against whom?…us of course. When the Chinese publicize their new ‘American Pivot’ strategy, you all can watch me eat my hat.

The threat hustlers are trying to sell Americans who have been slated to soon join the third world population, some twisted kind of egalitarian freak show of  potential Chinese hordes hitting American beaches and hunting down our kid for victory barbecues.

What is really happening is that China is spending money on these carriers it would rather not, in order to counter the obvious American aggression into their back yard that threatens their raw material supply lines, especially energy.

China is building these to have some defense for its critical territorial waters. Anyone who could afford them would do so in the face of America’s new peace time aggression.

And when the Chinese respond, as they have a duty to do so to protect their people, our reptiles here try to sell that to us as aggression on China’s part? No thanks. Carriers are nothing but death traps in the next war,  for anyone with enough state of the art anti-ship weapons to fire in salvos.

The threat hustlers can’t seem to remember their own horrible track record over the last 12 to 15 years, how they went along blindly with the creation of a Neo Cold War because they thought they would get a guaranteed piece of the action.

This has been going on long enough now for even the slow folks to catch on. The hucksters don’t see the new army that is growing every day, an army of real patriotic Americans who don’t buy the horse manure.

The biggest threat to America is home grown corruption and foreign subversion here at home, and we see little fighting back by our institutions sworn to protect us.

I have news for the spinmeisters. They are going to wake up one day to learn that they are no longer considered one of us.

And like the Takfiris who are becoming the scourge of moderate Muslims, we will have created a new term for the American Takfiris, including those in the boardrooms and banks, in Congress and those attending the AIPAC conventions to kiss the you know who ring… Jim W. Dean ]

The United States Navy is concerned about China’s military plans as Beijing is accelerating the construction of a second aircraft carrier, military experts say.

“For decades, the US Navy has controlled the world’s waterways, in both size and strength. But China appears to be preparing to challenge US supremacy by accelerating the construction of a second aircraft carrier,” Stars and Stripes said in a report on Tuesday.

According to US naval commanders, China is building a “blue-water navy” capable of sustained operations across oceans and projecting power far from home.

The US Department of Defense said in a report to Congress last year that China will “likely build multiple aircraft carriers over the next decade. The first Chinese-built carrier will likely be operational sometime in the second half of this decade.”

“Our relative dominance in… technologies and… weapons systems will have diminished over time,” Locklear said. “That’s not something to be afraid of; it’s just to be pragmatic about it.”

Jan Van Tol, a retired US Navy captain who is a senior fellow at the Center for Strategic and Budgetary Assessments in Washington, DC, said more Chinese carriers will have an impact even if they are far less capable than US ships.

“Military professionals will know the difference, but other important audiences may not, and could credit … ships with having far more capability and combat utility than they actually would have in combat,” he said.

Some experts said Chinese warships won’t be able to compete with the US behemoths like the Yokosuka Naval Base, Japan-bound USS Ronald Reagan any time soon.

“A single aircraft carrier, with limited range aircraft and little blue water experience, hardly makes China a major sea power, but people are already reacting to the shadow rather than the little guy behind the screen,” Ralph Cossa, of the Center for Strategic and International Studies, said.

The United States military has for several years expressed concern that Washington might be losing its military superiority in areas such as fighter jets, missile systems and cyber warfare in the coming years.