The Map that Doesn’t Exist

The Real Map of Israel/Palestine

—
Editor’s note:  Since this article was published on Press TV, Google has emptied their files of dozens of articles and maps that clearly outline the basis for settlement, the map above, one that has become, in itself, “an endangered species.”
—
Last week, Israeli Prime Minister Benjamin Netanyahu, born Benzion Melikowsky, said that 90,000 Israeli Jews would be displaced when and “if,” Israel agreed, as US Secretary of State Kerry demands, to return “Samaria and Judea” to the Palestinian people as outlined in the 1947 United Nations Partition Agreement under General Assembly Resolution 181.

A real examination of the population demographics for the Palestinian lands, Netanyahu says he plans to withdraw from shows 1.5 million Israeli’s live there, not 90,000.
Either Mr. Melikowsky can’t count or he is using a very different map than the one available through the United Nations. It seems everything about the Israeli president is a game, maps, names, mysterious imaginary nuclear programs, it never ends.
Newspapers and electronic media around the world have gone to extreme lengths to avoid a discussion of this issue. What does Netanyahu or Melikowsky, or whatever he chooses to call himself, mean when he says “Samaria and Judea?
As an aside, let’s take a moment to discuss name changing and why some do it.  In America, those who came through Ellis Island with names deemed “un-American sounding” were often given new names.  Others Anglicized their names in order to fit in, not just Jews but Germans, Russians, Poles, millions did.
Assistant Secretary of State Victoria Nuland is really Victoria Nudelman for instance. What we might ask is why “Netanyahu,” born in Tel Aviv of Polish ancestry would change his name to sound curiously Middle Eastern or “Semitic?” 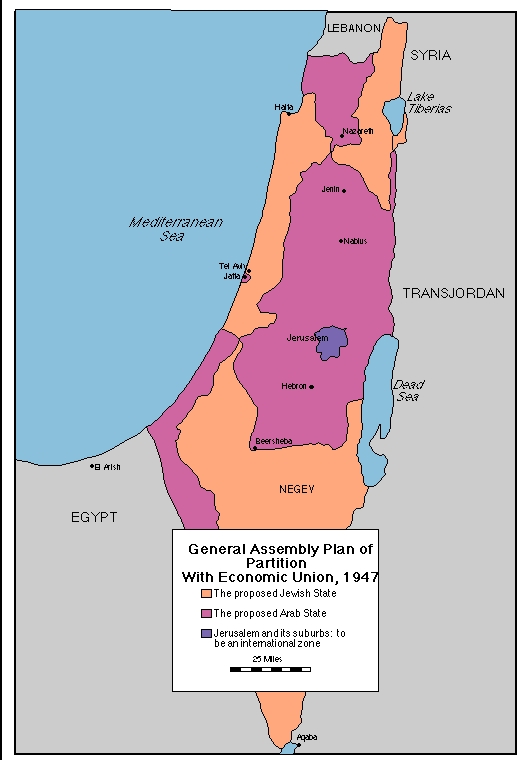 This goes to the heart of the problem, based on obfuscation and deceit, not only are the Palestinians dispossessed but any meaningful discussion of redressing this issue is obscured by a very basic twisting, not just of facts, but torturing the map as well.
There are so many maps, no two the same and new ones created every day, each making meaningful negotiations of a settlement that could bring a broad peace to the Middle East impossible.
Perhaps this is and has been the goal all along.  After all, war has made so many so much, oil prices pushed up, oil speculators grown rich, western economies collapsed and the arms trade gone wild, a trade where Israel excels.
LYING MAPS
The issue at hand, essentially, involves two things, where the Palestinian people are to be allowed to return to and what areas of Israel are to be covered by sanctions against Israeli companies for violation of the Geneva Conventions.
Let us remember that the Geneva Conventions do not allow for settlement or “development,” of areas seized during war.

Where our maps begin to lie is in their dependence on the 1949 armistice demarcation lines which, when foisted on the public, give a very distorted version of reality, omitting all real Palestinian rights.  These maps intend to corral the Palestinian people outside of Israel entirely.

Judea and Samaria, on these maps at least, cease to exist and with that “paper exclusion” began the move toward what we have today, a full apartheid entity without any Arab population whatsoever.  Moreover, even outside what is technically Israel, the lands seized during the 1967 war, first apartheid and now full expulsion is underway as well.
All of this is driven by maps, maps that lie, maps never seen, and the mysterious omission of Judea and Samaria, now terms virtually raised from the dead, being put before the world body politic.
JUDEA AND SAMARIA
There is a reason for so much secrecy and distortion. You see, if Judea and Samaria, as defined in Resolution 181 are in fact returned for Palestinian resettlement, emptying prisons and concentration camps, some dating back 63 years, Israel as we know it won’t exist.
This is why we have so many lies now and why history, the Nabka, the 1967 war, so much history has been fictionalized and distorted, almost as though so many years ago the USS Liberty had attacked herself.
Judea and Samaria make up large portions of Israel stretching from the Lebanon border in the north to well into the south, leaving “Jewish Israel” as series of islands.
The reality that drove the 1948 war to expel Palestine’s Arab population becomes clear; the choice was to continue as a multicultural state or to push forward a planned extermination based on theories of ethnic cleansing.
Nowhere in the West is a credible history of this taught.
THE JEWISH HOMELAND
Israel was intended by many, certainly not the majority residents of Palestine, however, as a Jewish Homeland after the suffering and persecution of World War II.
That thought, in itself is a noble one.

However, when examining the maps of Palestine, certainly those the UN used when it established territorial boundaries based on the separation of Jews and Muslims in Palestine, it was more than clear that there was never an intention to create a “Jewish entity” of any kind.

The Jewish and Muslim regions, based on historical precedent and centuries of settlement made it clear, Israel was always designated to be a balance of Jews and Muslims the way so many other nations exist:  diverse traditions but a shared national goal.
But this wasn’t good enough, not for the Zionists, the same Zionists who, back during the 1930’s, worked so very closely with Adolf Hitler to settle Palestine in order to threaten the Suez Canal.
However that well-documented piece of history is so embarrassing that it can’t be discussed anywhere, especially when one comes on one of those coins, Star of David on one side and Swastika on the other.
KERRY
US Secretary of State John Kerry has finally come to the same conclusion that President Jimmie Carter did.  Without justice over the issue of the Palestinian right of return, there can be no peace.
At one time, the public, European and American, were gullible enough to believe that Jordan and Saudi Arabia or Mubarak’s Egypt were ready to descend on Tel Aviv.
We hope that most have reached sufficient enlightenment to recognize Jordan as a client state of Israel, Mubarak as an Israeli stooge and Saudi Arabia as a longtime ally of Israel.
Decades of “history” have been little but deceit.
CONCLUSION
Where we stand today is an Israel bloated with resettled Russian refugees, shipped into the country, not because of their Jewish heritage but their right-wing extremist politics.

Free political debate in Israel is now buried under a manufactured political demographic that required moving 600,000 people into illegally occupied land and 1.5 million more onto land designated by the UN as Arab only. This is the weight of what has been purposefully engineered, a racist apartheid entity dominated by political extremists, hundreds of thousands of fanatical communists resettled from the Soviet Union and Russia.

To this we add the Likudists, Israel’s answer to the American neocons.
The reason we are hiding maps is simple, were the world to see the real map, the claims of apartheid entity, of ethnic cleansing are obvious.
What is also obvious is that Israel has no intention other than to continue what they have done so long despite sanctions, despite American demands, despite very real changes in world opinion.
What has been hidden so long is the fact that Israel as we know it was never intended to exist. Israel could easily have been a Jewish Homeland in a much more peaceful and righteous world. Instead it became a “Jewish Only Homeland” and has kept the world on the edge of Armageddon for decades.
GD/SS