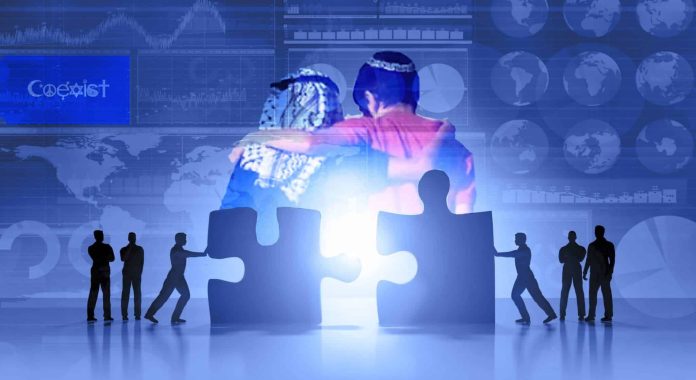 Religious Security Relies on Religious Freedom NOT Religious Exclusivity; not just for Jews but for everyone on the planet

What made it even more special was that it was a great way to start off and honor Presidents day in the USA; especially since we spend time today remembering the Great Emancipator Abraham Lincoln and his contribution to equality, justice, and freedom for all. 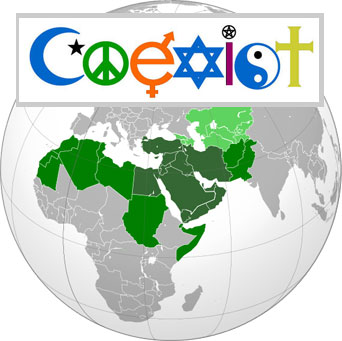 After the 6-hour TV binge, my American friends were confused and shocked because there were unaware of the truth as it was and have only seen the American Hollywood truth as presented to them by the U.S. government and acceptable Hollywood decree.

You see “The Promise” presents a history of how the State of Israel came to be and what it has become.  It is the story of a young British girl who travels to Israel to retrace the steps of her grandfather who was a British soldier stationed there at the very end of the British Mandate of Palestine (1945-1948).

For the very first time in history, the story of Israel is told from the British soldier’s point of view.

The story of the British soldier starts in Nazi Germany as he participates in the liberation of a concentration camp at the end of World War II.

His horrific experience of seeing the depravity of one of the most horrible events in modern history affects him like no other as he takes pride in what he and his lads did to end the war by freeing the prisoners.

Then his regiment is shipped to Palestine where he ends up becoming the target of the Irgun, the Euro terrorist group that targets him and his British soldiers as they aim to violently run the now newly branded Nazi British army out of their god-given land whilst they obliterate the indigenous natives.

It’s horrific, not pretty, and is an exercise in confusion, especially for my two American friends who have been conditioned to believe that Israel is an unbreakable friend that shares their values of freedom, democracy, and justice for all.

What knocked them off their chair was that their American belief was shaken to the core as they slowly realized that they have been duped.

Thinking that the Jewish state was all about justice for the poor Holocaust survivors when in fact it was a pure colonial pre-World War II plan by European settlers that continues to wreak havoc on the world stage to this very day was unsettling!  You know it was similar to their now embarrassing and shameful own history as European settlers ethnically cleansed the Native Americans from their god-given sea to shining sea manifest destiny lands that we now call these United States of America.

This is what my American friends said after the show;  “Shocked that our American Taxpayers support Apartheid” and “Watching the genocide of Palestinian peoples slowly especially since the Jews just went through Holocaust and now inflict a Holocaust on the Palestinian peoples trying to justify their actions using God is appalling and not acceptable.”

Granted, that American genocide of a people was done before the invention of the global microscope we now know as the internet and so the world could NOT have known how vicious and cruel the cleanse was in the Americas so we no longer convict our current generation because that statute of limitations has run out. The best we can do is honor our First Nation and try to rectify what was obliterated by at least telling the truth about what our American forefathers did as they forged the new nation.

But in Israel today we do have a global microscope that works around censorship and shines a bright light on those who choose to behave contrary to human dignity. In this case, the TV show was held in contempt by Israel thus earning it a ban on U.S. mainstream TV channels.

But alas, so sorry evildoers, this is NOT your day as censorship is so passé and your day is done.  So my Joe Public American friends don’t have to listen to the constant banging of the propaganda drum of lies that comes from Washington D.C. delivered by foreign lobbies who pay to own the brains of our fellow Americans. This is a new day, a new way, and freedom, whether they like it or not, is with us and so any attempts at censorship are thwarted as we watch “The Promise”.  Sucks to be you, right censors?

What confused my Joe Public American friends was the level of antiquated 20th century mentally ill racism, bigotry, cruelty, and violence that they themselves have indirectly funded through 60-plus years of unbreakable U.S. taxpayer funding. That in of itself was difficult to watch because that epiphany is both amazing and very painful. It’s that moment when you find out that the world is NOT flat but round and everything you thought you knew is now under scrutiny.

But the real revelation is that, once the dust settles, one realizes that not only the foundation of Israel and its Jewish Only mantra but all states that exclude are inherently racist and bigoted for they exclude and give permission for otherwise normal human beings to inflict harm on others that are of a like-minded good-hearted disposition.

In other words, a Christian or Muslim-only country is absolutely equal to its antiquated Jewish-only counterpart in its discrimination. In short, there are no moral winners or superior peoples here…..only a state license to discriminate with impunity against one’s fellow man. It has no vision or future and any investment in such is a complete waste of human capital while dishonoring our collective valuable time.

So what we have in Israel is a 20th-century ideology probably provided for by a well-intentioned father of Zionism, Theodor Herzl, who thought that the solution for the security of persecuted European Jewry was NOT assimilation within society but having its own Judenstadt, or the Jewish state.  Of course, many sites were looked at such as Argentina and Uganda but the final choice was Palestine and so many have suffered ever since.

Originally, Herzl thought a Jewish state would allow for many languages and respect for the indigenous peoples living side by side but as we know and as The Promise shows, it never happened that way. So assuming one can extend the best of intentions to Herzl, the best one can say is that he was a man of his time and jaundice was the blinder that could not envision the error of his plan in a future connected world.

Fast forward to today and we really have only one final solution going forward. In fact, we have a template for it; the USA. Yes, the USA! While it took the USA many years to get to a better place, the fact remains that, in the USA and in many other countries as well, religious freedom is the valued disposition that allows for a modern connected free world.

And herein lies the final solution; not only for Israel but for every country that has an exclusionary disposition.

And so if Jews want security, they will NEVER have it as long as they make this country exclusionary and a JEWISH ONLY state because, in the end, the only outcome that can be is a discriminatory state instead of a state that governs for the people, by the people, and of the people with liberty and justice for all with “all” being the operative word.

For those who will condemn this inclusive position as hateful or racist, be advised that you are projecting and looking for a way to deflect from the reality that discrimination no matter what color or creed is what it is; plain and simple.

And so, when you see The Promise and vomit when you realize that the indigenous peoples are human beings and NOT the assassinated characters of human beings to justify pure colonial greed then you can join with the more enlightened idea of pledging allegiance to Team People.

Try it.. say the following;

“I pledge allegiance to the earth and everyone on it”

Now repeat it 3 times in the mirror!

OK, after you complete this pledge take a second real look at the concentration camps of Gaza and Hebron. And take a real look at Israeli democracy in a Jewish-only state.

In reality, there are millions of moderate people around the world who are Jewish, Christian, Muslim, and more who are sick of U.S. taxpayer-funded Apartheid.

We want a new world that respects all human dignity. It is this world that demands our investment and not a segregated world that provides fake security through the barrel of a gun, a Berlin-esque wall, and a god that gives away people’s dignity in favor of a chosen version.  We want a respected union of the Middle East that ensures freedom, liberty, and justice for all; not just some.

So a bigoted Israel or a Muslim-only Arab country will be history.  They can only be reformed into states for all people…. a place where everyone can travel freely and worship freely; a place where hate crimes are not acceptable by anyone.  The whole Middle East must be a place for everyone, everywhere…just this version stinks!

And that’s the final solution!  It’s Middle East 2.0.  So get over it and let’s invest in our collective future for every unborn Jewish, Christian, and Muslim child that will inherit our legacy; who will look back at us and judge this moment as the correct turn that empowered the Middle East’s success as part of the new globally connected world.