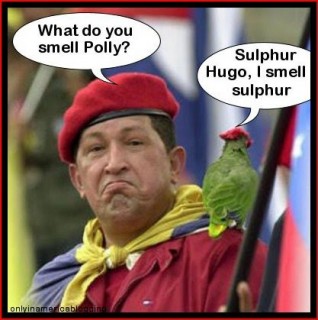 Since the days of President Woodrow Wilson – that is, for roughly 100 years – the USA has been on a self-styled crusade to “make the world safe for democracy.”

Colossal wars, hot and cold, were fought against German kaisers and fuhrers, Russian communists, and Third World nationalists. The American people were told they were “defending democracy.”Americans slaughtered 3.5 million Vietnamese, and nearly another million Cambodians, to “defend democracy” in Southeast Asia.

They murdered millions of Iraqis through wars and sanctions to “defend democracy” in the Middle East.

According to André Vltchek and Noam Chomsky’s book On Western Terrorism, the US government has murdered between 55 and 60 million people since World War II in wars and interventions all over the world. If we believe the imperial propagandists, this American Holocaust has been one big defense of democracy.

But now, on the eve of the 100th anniversary of World War I, the US has embarked on a new crusade – to make the world UNSAFE for democracy.

Taking the long view, the US is working patiently to destroy democracy in Iran, Russia, and Latin America.

Why does the US government hate democracy?

Because the international bankers who own the US government and run the US empire cannot always buy enough votes to impose their will on every country. So democracy is fine – as long as voters elect the New World Order candidate. But if they vote for a candidate who doesn’t suit the oligarchs, get ready for a coup!

The banksters will overthrow any government that stands up to them – even in the USA. The “termination with extreme prejudice” of the presidency of John F. Kennedy sent a message to all future US presidents.

Mayer Rothschild famously said “Give me control of a nation’s money and I care not who makes its laws.” But that was an exaggeration. The New World Order banksters seek to overthrow democratically-elected governments all over the world precisely because they DO care who makes and enforces the laws.

The NWO banksters are destroying Ukraine as a geostrategic move against Russia, where Putin has reined in the Russian-Zionist oligarchs and put a major roadblock in the path of the banksters’ world government project. Yes, Ukrainian President Yanukovich won a free and fair democratic election. But democracy means nothing to the psychopathic pharaohs of finance and their Neocon hired guns.

In Thailand, the banksters and their local kleptocracy are trying to overthrow the democratically-elected government of Prime Minister Shinawatra. Apparently Shinawatra’s attempts to fund education, medical care, and infrastructure, and institute a minimum wage, offended the oligarchs.

In Ukraine, Venezuela, and Thailand, as in Syria and Egypt before them, the banksters are adding violence to their “color revolution” game plan for destroying democracy. This may seem incongruous, since the NWO intellectual hired gun Gene Sharp, the so-called “Machiavelli of non-violence,” designed the original color revolutions as purportedly peaceful and democratic uprisings.

But Sharp’s so-called color revolutions, beginning with Georgia’s Rose Revolution of 2003 and Ukraine’s Orange Revolution of 2004, were never genuine people’s revolutions. They were bankster takeover attempts from the beginning. George Soros would funnel Rothschild money to ambitious, power-hungry apparatchiks, who would inundate their target countries with propaganda and hire rent-a-mobs to dress in a particular color and make a spectacle of themselves in the public square, in hopes of duping naive young people into joining the “revolution” – whose real goal is always to install a NWO puppet leader.

But now the pretense of nonviolence and democracy has evaporated. The New World Order’s smiling Mickey Mouse mask has fallen away, revealing the bloodthirsty grin of satanic banksters bent on establishing an Orwellian one-world dictatorship.

In Syria, the “peaceful uprising” of March 2011 became a pretext for sending in heavily armed thugs and terrorists on a destabilization mission. In Egypt, the bankster-generated “uprising” last summer was a manufactured excuse for a violent coup d’état. In Thailand, Venezuela and Ukraine, the banksters are paying hooligans to stage violent protests, destroy public property, fight police, and incite mayhem – in hopes of violently overthrowing democratically-elected governments.

This is pure fascism.

Fascism is fake populism. Self-styled fascist “revolutionaries” are paid to dress up in colors or uniforms, goose-step around the public square, overthrow democratically-elected governments…and institute a veiled dictatorship of the rich, in which corporate and governmental power merge.

That is what Mussolini did in 1922. It is what Hitler did in 1933. And it is what the neoconservatives, and their bankster sponsors, are doing today…all over the world. The 9/11 Reichstag Fire, which turned the world’s sole superpower decisively toward total fascism, was the gunshot that set off the avalanche.

The end-game: A global fascist dictatorship that would make the Third Reich look like a walk in the park.

There is only one way to defeat these monsters. All great fortunes, beginning with the trillion-dollar treasure hoards of the Rothschilds and their friends, must be confiscated and returned to the public treasury. All of the big banks must be nationalized, and their operations must be made completely transparent. All major financial transactions must be taxed and closely regulated. And all of the biggest corporations, starting with those that own the mainstream media, must be broken into small pieces by anti-trust action.

This revolution – the overthrow of the global oligarchy – is the only revolution that matters.