Home Life Afghanistan – Many Americans have concluded that the international community’s involvement in...

Afghanistan, many Americans have concluded that the international community’s involvement in the country was a failure, if not a mistake.

After 12 long years in Afghanistan, many Americans have concluded that the international community’s involvement in the country was a failure, if not a mistake. As evident in recent opinion polls, a majority of Americans and others have come to believe that most of the goals of the international community, especially in regards to helping the women of Afghanistan, were not achieved. 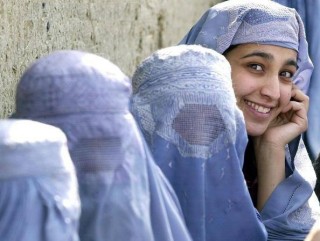 A constant barrage of negative media coverage of Afghanistan, which has focused on the progress of the war, not the Afghan people, has further reinforced such perceptions. And the Taliban have learned to exploit the situation by staging mass suicide attacks on Afghan and international targets that bear no military significance, but carry immense propaganda value.

For those of us, especially the women of Afghanistan, who are on the ground fighting for justice and equality as mothers, sisters, wives, teachers, politicians, and, more importantly, as citizens, there is a different reality, which stands at stark contrast to what has been portrayed.

It is true that Afghanistan is not a paradise for women. In fact, it’s probably the most difficult place to be a woman. Violence against women is nowhere close to ending; many of our sisters have been killed and continue to lose their lives across the country. Indeed, we are far from where we should have been, and we face a very uncertain future with the upcoming elections and withdrawal of international troops.

But if the world could only see through our eyes, they might get a glimpse of the fact that Afghan women have come a long way over the last decade. It has been a difficult journey, marked by blood and violence, but we have made significant gains and achievements, which would not have been possible without the generous support of the international community, especially the American people.

Before 2001, Afghan women did not exist in public as a gender. And in private, they were often prisoners in their own homes. The Taliban banned women from going outside without a male blood relative and without the all-enveloping burqa. Stepping outside alone for a breath of fresh air was a crime, punishable by beatings and public humiliation. The thought of going to school was only a dream for Afghan girls. And talking on national media about women’s rights was, well, not even imaginable.

Twelve years ago, that all changed. Today, millions of Afghan women work as teachers, doctors, police officers, judges, and soldiers, among other professions. Millions more go to school to chase their dreams, even though they continue to suffer discrimination, harassment, and abuse. There are also Afghan women, like myself and hundreds of others, who have chosen to work as public officials, despite being increasingly targeted by the Taliban and other militants.

But instead of celebrating these accomplishments, we see foreign analysts who are quick to point out that the gains of the Afghan people, especially women, have been limited to cities and that life has not changed much for those in the countryside, where they argue most of the Afghan population lives.

In truth, major cities in Afghanistan have expanded exponentially in the last 12 years. Take Kabul, for example. Its population went from barely 1 million in 2001 to more than 5 million people today — one-sixth of Afghanistan’s total estimated population. Access to information is no longer limited to men, thanks to the growing influence of the telecommunications sector and modern technology. Today, almost 90 percent of the Afghan people, including 80 percent of women, own cell phones.

When the first female television announcer appeared on Afghanistan’s national network shortly after the Taliban regime fell in 2001, it created a sensation. But today, all you need to do is take a look at the Afghan media to understand the powerful presence of Afghan women, from female news anchors to hosts for a popular entertainment show. It’s no longer taboo for a woman to read the news, talk about women’s rights on a national program, or highlight the many issues facing them.

As Afghan women, we also understand the importance of political participation. In fact, more seats in Afghanistan’s parliament are held by women (28 percent) than in the U.S. Congress (18 percent). Yet despite all these achievements, the world continues to hear only about our failures.

While no one can question the gains made by the Afghan people, especially the women, our achievements remain extremely fragile. This is partly due to the country’s uncertain political future and doubts about the international community’s long-term commitment, especially that of the United States. Afghan women have made it this far, but have also learned to lower their expectations and rely on themselves to move further.

However, the women of my country and I also remain hopeful that the international community, including the United States, will not abandon our country and will help us a little more in fighting extremism, consolidating our gains, moving toward ending violence against women, and achieving something that all women around the world want: equality for both genders and for all.

Author Details
Rashidi Zabiullah
Rashidi Zabiullah Afghan journalist Reportercameraman and Photojournalist Rashidi worked as a journalist with The New York Times in Qandahar and Mazar-i-Sharif. He’s worked with BBC World and the British forward support base in Mazar-i-Sharif. He also worked as a Journalist for the Swedish Army for 8 years and Norwegian governments in Northern. and Veterans today famous Reporter in Afghanistan
[email protected]
ATTENTION READERS
Due to the nature of independent content, VT cannot guarantee content validity.
We ask you to Read Our Content Policy so a clear comprehension of VT's independent non-censored media is understood and given its proper place in the world of news, opinion and media.