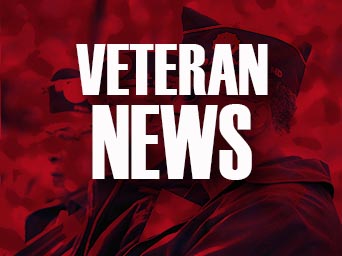 In the January 15, 2014 issue of VetLikeMe Weekly, we reported on Microtech, the embattled SDVOSB that was accused of abusing the SBA set-aside program for SDVOSB through its complex dealings with larger companies and improper representation as SDVOSB. Microtech also has been implicated in financing ‘spin-off’ company operated by a family member not eligible for the set-aside. On December27, the SBA and Michrotechnolgies, LLC came to an agreement of sorts.

(Evy Mages/ For The Post ) – Anthony Jimenez started MicroTech, which has received federal contracts through programs reserved for small firms owned by minorities or service-disabled veterans and which has called itself “the Biggest of the Smalls.”

Anthony R. Jimenez grew up in a ­working-class family and spent 24 years in the Army. After retiring a decade ago as a lieutenant colonel, he started MicroTechnologies in Tysons Corner, hoping to sell computer technology and services to the government as a small-business contractor.

In the years since, MicroTech has received more than $1 billion in federal contracts, a third of it through programs reserved for small firms owned by minorities or service-disabled veterans, federal records show. MicroTech had technology sales of more than $280 million in 2011, putting it at the top of disadvantaged small businesses in the federal market, according to a ranking by Washington Technology magazine. MicroTech called itself “the Biggest of the Smalls.”

Participants in the Small Business Administration’s Business Development Program for small, disadvantaged firms must abide by limits on income and personal wealth, under rules intended to prevent people from taking undue advantage of contracting preferences…

Veterans Affairs called it a small-business contract, but a big firm got 90% of the money

As the Northern Virginia firm MicroTechnologies soared to the top tier of the nation’s small federal contractors, competitors and others in the contracting world asked the same question: How could such a firm still be eligible for deals reserved for small businesses?

MicroTech grows too big for a technology contract, but the work stays in the family

In 2011, MicroTechnologies, one of the nation’s fastest-growing small federal contractors, had a problem. It would soon be too big to continue to qualify for a certain contracting program reserved for small firms owned by service-disabled veterans.

Under federal mandates, agencies must strive to direct at least 23 percent of their contract spending to small businesses, including at least 3 percent to small businesses owned by service-disabled veterans. A Washington Post investigation found that the Department of Veterans Affairs awarded contracts to MicroTech and counted the revenue as going to a small, service-disabled-veteran-owned firm, when most of it went to larger companies.

Consultant for MicroTech said he vetted information with firm’s CEO

The Washington Post – In December, the SBA suspended MicroTech after agency officials said they had new information that CEO Tony Jimenez had provided “false and misleading statements” about the firm’s ownership, operations and ties to other companies.

A consultant for MicroTechnologies LLC, one of the federal government’s most prominent small-business contractors, said the firm’s founder authorized him to submit information to the Small Business Administration in 2005 that the agency later said “appears to be a complete fabrication,” the consultant told The Washington Post on Thursday…

Government questioned MicroTech about its role in HP fraud allegations
By Robert O’Harrow Jr., Published: January 3
A fast-growing government contractor based in Tysons Corner has been linked to investigations into alleged efforts to inflate the revenues of a software company ahead of its acquisition by Hewlett Packard in 2011, according to government documents obtained by The Washington Post. Hewlett Packard claimed the following year that the alleged fraud cost it $8.8 billion….

Debarments within the federal morass of confusing rules and regulations are not meant to penalize the suspected transgressor, but to protect the government’s interests. Hmmm.

Protecting the interests of the government?

This is a hypothetical scenario:

The VA looks very good on the Small Business Administration ‘scorecard,’ which is an empirical tally of an agencies’ contracting record with small business and small business set-asides. Look at the contracting track records of MicroTech:

Though regulations indicate that for small business eligibility purposes, contracts awarded under different NAICS codes are considered to be awarded to separate companies for purposes of determining if the business is small. In other words, a small business may have receipts worth hundreds of millions, but if they are classified with a different NAICS, it remains a ‘small’ business.

Each of these agencies claimed they awarded millions to SDVOSB. These agencies looked great on the SBA ‘scorecard.’

Now that’s what you call protecting the ‘interests’ of the government.