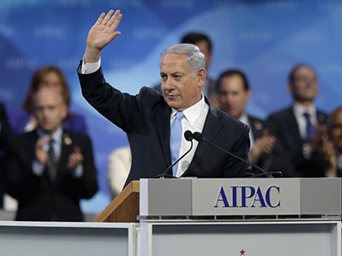 With no hopes in sight for ending the Israeli Occupation, let alone ending the ever-expanding settlements, certainly for a “two states solution” time for Mahmoud Abbas to keep his often-stated promise (last one on December 28, 2012) to disband the PA/PLO and hand over the Keys to Bibi Netanyahu, Barack Obama and John Kerry.

The PLO leadership (Arafat & Co) having failed at liberation and having looted tens of billions of dollars, facing a matter of life and death and survival of a corrupt incompetent decadent organization, decided to enter into secrete negotiations with Israel leading to the Oslo Accord under which the PLO leadership and Fatah came back to manage the Israeli military and settlers Occupation and to “repackage” the Israeli Occupation and worst to pay for it.

One could not help but contrast the visits of both Mahmoud Abbas and Bibi Netanyahu to Washington and the reactions of Israelis and Palestinians to the return of such leaders.

Bibi came back to much criticism within Israel after his triumphant visit meeting with President Obama and as main speaker at AIPAC annual conference. Having succeeded in securing the unconditional support of the White House and State on both the “Jewishness”” of the state and continued expansions of settlements and getting Congress to pass a bill that commits the US to war in case Israel initiate any attack on Iran.

In contrast Mahmoud Abbas who failed at every thing in Washington, came to a triumphant return to Ramallah with Fatah spending millions of dollars getting few thousand people out to welcome him as a hero for “ resisting” US pressure to accept the “Jewishness” of the state, an irrelevant issue to the real conflict with Israel and the continued Jewish military and settlers occupation, having accepted the more than 10,000 new Israeli housing units since he in violation of his many promises of never returning to negotiations if Israel did not stop its settlement activities. 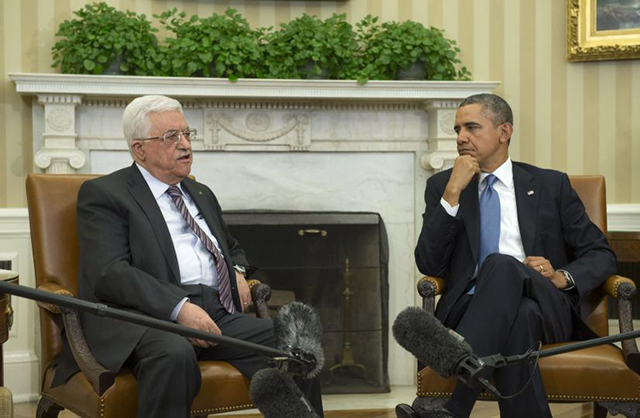 Mahmoud Abbas, whose term as president of the Palestinian Authority expired many years ago, continues to negotiate with Israel without having any mandate or authority from the people, those under Occupation and those in the Diaspora?.

The only ones or groups that gave him such authority are the non-elected, and appointed members of the PLO Executive Committee, and Fatah a non governing political party since it lost the election to Hamas with no mandate to represent the Palestinians under Occupation, certainly those in the Diaspora.

Under Mahmoud Abbas tenure as president of the Palestinian Authority and leader of the PLO/Fatah, Palestinians witnessed the largest fastest land looting ever by Israel, the most ever expansions of Israeli settlements, two major wars against Gaza, the destruction and demolition of the most homes, certainly the largest daily raids on Palestinians villages and towns including Ramallah and the assassination of the most number of Palestinians since Oslo and the arrests and detentions of thousands of Palestinians, and of course the continued building of the Apartheid Wall, with an astonishing 10,000 unites build since Mahmoud Abbas returned to negotiations some 9 months ago.

Israel under both Labor and Likud implemented a wide scale confiscations of Palestinian lands, building some 130 “approved” settlements and overlooked the establishment of some 100 so called “Outposts” since 1967 with the numbers of illegal Israeli settlers numbering more than 500,000, illegal settlers under Article 49 of the 4th Geneva Convention which prohibits the “transfer” of people into and out of “occupied” territories and in violations of the Hague Convention of 1907 which “prohibits” the making of permanent changes such as settlements, Apartheid Walls, demolitions of homes etc.

Mahmoud Abbas always kept his promise to Israel, committed to “peaceful and negotiated settlements” even if there is nothing left of Palestine, agreeing not to incite any civil and unarmed uprising against the continued Israeli Occupation, declaring himself against the “boycott of Israel” as was the case with Apartheid South Africa, but broke all of his promises to the Palestinian people, certainly breaking his repeated “threats” not to return to negotiations while Israel continued with its settlement and promise to return the “keys” of the Occupation to Israel, a tacit approval that he, the PLO, PA and Fatah as managers and trusted keepers of the Israeli Occupation.

Contrary to the claims of many senior members of the PLO/Fatah of “mutual recognitions” under Oslo, the PLO gave full and unconditional recognition of Israel with open borders, with no return of refugees, and with Jerusalem as the “undivided” and “eternal” capital of Israel. In return Israel only recognized the PLO as the “sole and exclusive “ representative of the Palestinian people. Israel never ever and until today recognize the rights of Palestinians to a sovereign state within historic Palestine, never admitted itself as “Occupying power” and always referenced “disputed” territories and as Judea and Samaria, but never as Palestinian territories. As such all claims of “mutual” recognitions are nothing but repeated lies by senior members of the PLO/Fatah.

Israel and after more than 22 years of Oslo never admitted to or committed to a free and independent sovereign state of Palestine within what remained of historic Palestine, and have treated the Palestinians as “no permanent residence” of Judea and Samaria, with absolute right to transfer or exiles any Palestinians at will and to demolish homes at will too.

In contrast, the PLO leadership committed to Israeli securities, both its army, certainly its illegal and armed settlers and thugs to the tune of $1.4 billions annually, and annual budget that exceeds the combined budgets of social services, transportation, health, education and infrastructures. The last raid was on the Camp in Jennin with the IDF executed 3 Palestinians in cold blood.

Time for Mahmoud Abbas to keep his promise to the Palestinian people once, and disband the shameful, disgraceful Palestinian Authority as manager of the Israeli Occupation and to disband the PLO and Fatah as failed corrupt, decadant, parasitic and bankrupt organizations and turn the keys to Israel and let Israel put the cadres of both the PLO/Fatah on its payroll.