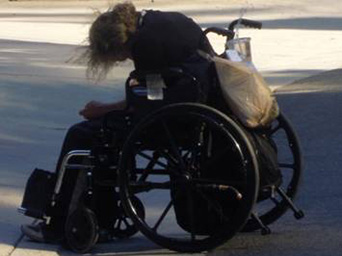 LOS ANGELES – On March 8, Malaysian Air Flight 370 disappeared with 239 persons on board from 15 nations and regions with the majority of them Chinese citizens. There were three American passengers on board the fateful flight.

Since March 8, CNN and FOX News have been reporting the air disaster non-stop. As a result, we’re forced to watch countless “aviation experts” guess and theorize at what might have happened, compounded by politicians who are even more clueless.

Since March 8, an estimated 440 of our Military Veterans have committed suicide on American soil. That’s 437 more than the number of American passengers who perished on Flight 370.

It’s reported that about 70 percent of Veterans who commit suicide are over age 50.

There’s been very little news coverage about the greatest human disaster in American history, which is the catastrophic loss of more than 8,000 lives annually by suicide of those who have defended our Nation’s freedom.

This is practically three times greater than those who were killed in the 9-11 NY World Trade Center attack nearly 13 years ago, and this human tragedy is repeated day after day, year after year.

VA Secretary Eric K. Shinseki submits: “The mental health and well-being of our courageous men and women who have served the Nation is the highest priority for VA, and even one suicide is one too many.”

If the Secretary was really serious and concerned about the loss of a single Veteran from suicide, never mind that 22 Veterans take their own life every day and more than 8,000 a year, don’t you think he’d be appearing on ABC, CBS and NBC, along with CNN and Fox News, reaching out to America’s citizenry for answers and solutions?

And if any of the aforementioned TV / Cable News programs were really serious and concerned about reporting major news, they would be talking about the tragic number of Veteran suicides with the same intensity they are reporting the tragedy of a missing airplane.

Any idea on the total amount of money and man hours that have already been spent searching for the Malaysian airplane?

Have we forgotten the price of war to defend our nation’s freedom, never mind defending other nations around the world?

Let there be no misunderstaing: War is Hell!

Whether America’s Military men and women are fighting a war or trying to heal from fighting a war, it’s always hell because the war never ends.

When our Military Troops go to war, they serve under the Department of Defense as highly trained professional warriors who are equipped with the finest defense weapons in the world to defeat the toughest enemies in the world.

After returning from war, they are supposed to be served by the Department of Veterans Affairs with the finest healthcare facilities in the world. But instead of healing from overseas war, America’s military Veterans are fighting some of life’s toughest battles, day-by-day, just to survive in the Country they defended with courage and honor.

Unfortunately, these homeland battles are not fought as a collective and supportive Military unit, but as one lonely Veteran at-a-time against arrogant bureaucrats of the VA, which is the second largest bureaucracies in federal government. 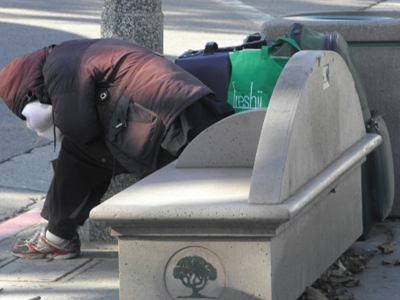 To make matters worse, Veterans are not trained to fight personal “David vs. Goliath” wars with our own government and they have no protective force or weapons of defense in these endless and tiring battles.

As time goes on, their warrior and survivor skills diminish and their sense of victory becomes hopeless while their opponent keeps getting bigger and more powerful. Tragically, every year more than 8,000 Veterans voluntarily surrender their lives … victims of bureaucratic battle fatigue.

Their only solace is found in Plato’s prophetic claim more than 2,500 years ago: “Only the dead have seen the end of war.”

Every day, 22 American Military Veterans who pledged their lives to defend our Nation’s freedom will end up taking their own lives because we have failed to defend them.

This is unquestionably one of the biggest news stories in the world but it is being shamefully suppressed here in the USA.

It’s time for the major media to stop searching for “traces of life” in the vast Indian Ocean and to immediately begn focusing on despondent Veterans on American soil who are visibly crying out for help.

Make the Most of YouTube: A Quick Guide How to Upgrade Your Channel