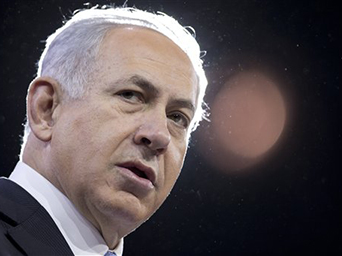 This Op-Ed was written by Sam Jadallah, a Silicon Valley executive and an investor and I thought I share it with you.. thank you.

Special to the Mercury News

(03/10/2014) – Silicon Valley, to my mind, is about equality, empowerment and equal access. Consequently, it’s been very disturbing to see technology companies such as Apple and WhatsApp meeting with Israeli Prime Minister Benjamin Netanyahu while disregarding that his country treats its non-Jewish population like second-class citizens and implements harsh military rule on Palestinians living in the West Bank and Gaza.

Silicon Valley’s model of empowerment and equality couldn’t be more different from Israel’s technology hub or its practices of technology disenfranchisement for Palestinians. The agreement between Gov. Jerry Brown and Netanyahu dangerously ignores the underlying differences and implicitly condones effective technology apartheid.

If Apple CEO Tim Cook were a Palestinian living in Ramallah, he would not be able to use any iPhone applications, including WhatsApp, on the local cell network. Globally, over 2 billion people have 3G access, including Israeli settlers living in the West Bank, but Palestinians are prohibited by Israeli military dictate.

Starting a company is no easy task for Palestinians. Mobile entrepreneurs? Try building a mobile startup without 3G.

In the West Bank, a place only 35 percent larger than San Mateo County, over 500 physical road obstructions to travel for Palestinians exist, including 99 fixed military checkpoints, while 40 miles of de facto Jewish-only roads operate in the clear. Imagine our technology startups attempting to recruit engineers or do business with such daily obstacles.

Even within Israel itself, over 50 Israeli laws discriminate against Israeli-Palestinian citizens, effectively restricting whom they can marry, where they can live, where they can buy land or even if they can keep the land they own. Very few Israeli-Palestinian engineers work in Israeli technology companies or even in the Israeli offices of American companies, certainly far below the 20 percent of the population they represent.

On average, 10 Palestinian structures, including homes, are demolished weekly. A programmer living in Gaza needs to figure out how to work with only a few hours of electricity per day. Twenty-two unarmed Palestinians were killed by the Israeli military in the West Bank in 2013 alone. Amnesty International recently released a report about “Trigger-happy” Israeli army personnel and police using reckless force in the West Bank.

It’s time that we put aside all the excuses that support this discrimination and use technology for empowerment, connection and engagement. There’s simply no reason that Palestinians should not be afforded the same technology opportunities as their Israeli counterparts.

Silicon Valley leaders missed an important opportunity to use these meetings to insist on equal opportunity and access for all people, including Palestinians committed to developing technology skills and startups like their Israeli counterparts. These business ties should be conditioned on Palestinians having their freedom, equal rights and equal access to technology and the startup opportunities that our industry represents.

Sam Jadallah is a Silicon Valley entrepreneur and investor. He wrote this for www.mercurynews.com.