Malaysia Boeing 777 passengers safe and sound in Afghanistan: any odds?

The plane with a damaged wing is parked on an unpaved road in Aghan Kandahar, says an anonymous source in the secret service to Russian newspaper “MK.RU”. They pointed out this very version is regarded probable by a number of other states’ intelligence, having already got broad coverage in foreign press. 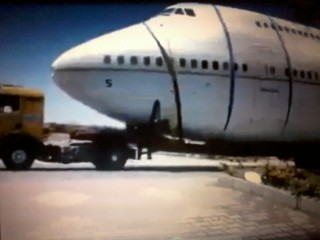 According to the inside, the hijacking was done by a Pakistani terrorist to get hands on 20 Asian specialists, now kept in a bunker on the Afghan-Pakistani border. The rest of passengers are in Afghanistan, living in groups of seven in small huts. The source described the plane’s location, adding it had performed a difficult landing in the area.

It’s still unclear what the terrorists had on their mind, as one of the versions suggests the reason for the hijacking lay in hope for success in negotiations with Beijing or Washington.

Many took the piece with a pinch of salt, some denying the possibility of a similar terrorist attack outright, both on social networks and discussion forums. They say the riddle that the multinational team has been trying to solve for over a month has been unduly politicized.

The Boeing 777 of Malayisan airlines disappeared into thin air back on March 8, carrying 239 people on board. Across-the-board search operations with all the top notch equipment involved, entered the fifth week. Interestingly, the version of the Taliban taking hold of the plane hit the international media just a week after the accident, but, strangely enough, remained virtually unnoticed. It’s centered around the fact that the areas controlled by the Taliban are in one of two air corridors, which the liner could theoretically fly after it vanished from radars.

The search crews have detected two signals consistent with those from ‘black box’ flight recorders, describing it as the “most promising lead” yet into a month of the multinational hunt for missing Malaysia Airlines flight MH370. 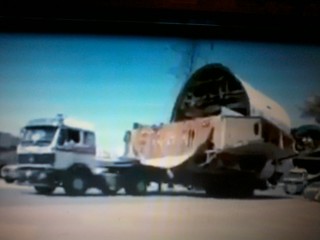 A US Navy “towed pinger locator” connected to Australia’s Ocean Shield ship picked up the beacons in an area around 1,680 kilometres northwest of the Australian city of Perth. This zone had already been determined as the most likely place the jetliner could have come down.

US Navy Captain Mark Matthews still urged people not to take this as more than a beacon of hope.

“We’d like to be able to tell the families that we found the location, but until we can reconfirm, you know, we should not be too optimistic,” he said. “We should be very measured, because the worst thing we want to do is put the families through the emotional turmoil of possible, but maybe false, detections.”

The exact position of the signals will have to be traced back before search operations engage in locating wreckage on the Indian ocean floor with the help of specially designed submarines. The crucial thing is to hurry up before the recorder’s battery runs low, which is due one of these days. 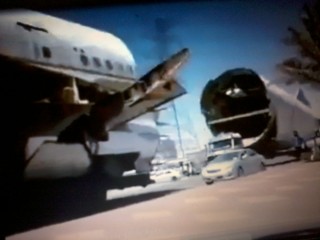 Malaysia’s defence minister and acting transport minister Hishamuddin Hussein sounded particularly uplifting in his address:
“The new developments over the last few hours has been the most promising lead we’ve had. I urge all Malaysians and the international community to unite in their prayers and not give up hope,” he said.

And the public did unite in their prayers as on Sunday more than 3,000 people attended a ceremony hosted by the Malaysian Chinese Association.