The VA failed to verify the accuracy of a contractor’s representation that it was a veteran-owned small business, according to a new report issued by the VA’s Office of Inspector General.

According to the VA OIG, the VA failed to verify the claim of Westar Development Company, LLC to be a VOSB–and “[t]he evidence does not support a finding that Westar is or ever has been a Veteran-Owned Small Business.”   The VA’s failure to verify Westar’s VOSB status is just one of many serious flaws identified by the VA OIG in its audit of the award of a major VA lease to Westar.The VA OIG’s report (which is well worth a read if you have the time) examines the VA’s award of a build-to-suit lease to Westar for the new Butler Health Care Center in Butler, Pennsylvania.  The 20-year lease had a total value of $152.7 million.The solicitation for the lease notified offerors that they would be given extra credit for SDVOSB or VOSB status.  In order to receive credit, offerors were to provide, at a minimum, evidence that they had applied for verification with the CVE’s VetBiz system, a copy of the veteran’s VA service-connected disability file, and a copy of the veteran’s DD-214.  At the time of final proposal revisions, offerors were to provide evidence of completed registration in the VetBiz VIP database.

Westar represented itself as a VOSB and received extra evaluation credit as a result.  However, according to the VA OIG, “[t]he evidence does not support a finding that Westar is or ever has been a Veteran-Owned Small Business.”  The VA OIG states that despite a subpoena to Westar, the company was unable to produce any records to show that the company had ever initiated a VetBiz application.  Further, the VA OIG contacted the CVE “and determined that no VA Form 0877s were completed or started by Westar nor has CVE ever been contacted by a company that matched Westar’s name or DUNS number.”

Although it is clear that Westar misrepresented itself as a VOSB, our review determined that VA, either independently or through Public Properties, did not take appropriate actions to ensure compliance with the terms and the solicitation before awarding the four points for VOSB status.  Because Westar was not registered in VetBiz at the time it submitted its proposal, to be considered for additional points based on its status as a VOSB Westar was required to submit a copy of the automatically generated email from VetBiz or a signed acknowledgment of application from VA and a copy of the veteran’s DD-214, indicating an honorable discharge.  Westar did not submit the required documentation with its proposal and neither the CO nor Public Properties followed-up on the requirement at the time of submission or when they reviewed the technical scores.  The solicitation also stated that completed registrations in VIP was required as part of the Final Proposal Revisions.  Westar did not provide the required documentation and neither the CO nor Public Properties followed-up through Westar or by checking VetBiz.

If, in fact, Westar did misrepresent its VOSB status as the VA OIG determined, Westar should face severe penalties.  At the same time, the VA OIG’s report is also disturbing because of the VA Contracting Officer’s failure to check VetBiz or otherwise verify that Westar’s self-certification was accurate.  A database of verified SDVOSBs and VOSBs is only useful if Contracting Officers use it in the award process.  Here’s hoping that the Westar case is unusual and that, the vast majority of cases, the VetBiz database is being used as intended. 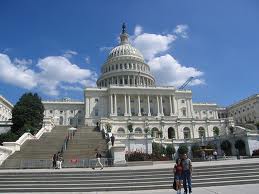 It is like an eBay of Washington, a well-appointed and well-connected online marketplace for lucrative government contracts.

Deals for everything from pens to pesticides, from painting offices to performing autopsies — all that and more is up for grabs on FedBid, a fast-growing private company that has positioned itself at the profitable nexus of government and business.

Despite numerous efforts by lawmakers in recent years to spur veterans employment in the private sector, few congressional offices have followed suit. A new survey estimates that fewer than 180 veterans are employed as Capitol Hill staff, a mere 3 percent of the 6,000-plus employees there.

Now, a network of veterans working in Congress is hoping to change that. Read more:

Building on the success of 2013’s Mentor Month, the two organizations will match encore entrepreneurs over the age of 50 with successful business owners and community leaders for advice and assistance at events across the nation, according to a SBA news release.

Washington, D.C. – U.S. Reps. Mike Thompson (D-CA-5), Don Young (R-AK-AL), and Veterans Affairs Committee Ranking Member Mike Michaud (D-ME-2) today announced the formation of the bipartisan Veterans Congressional Fellowship Caucus. The mission of the Caucus is to increase the number of veterans working on Capitol Hill. To do this, veterans Thompson (U.S. Army 1967-1973) and Young (U.S. Army 1955-1957) will launch a new caucus fellowship program which will accept its first participants this summer.

“Our veterans are some of the most skilled workers our country has to offer,” said Thompson. “They are leaders who have been tested under pressure, and they will be tremendous assets to Congressional offices. As a veteran, I understand we have a responsibility to help those who’ve served our nation find a job when they return home. That is why I am proud to join my colleagues in officially launching this bipartisan caucus that, through our new fellowship program, will work increase the number of veterans working on Capitol Hill and provide our heroes with new skills to help them excel in the civilian workforce.”

“When I first took the oath of office in 1973, nearly three-fourths of Congress – both House and Senate – was made up of veterans; now, it’s barely 20%,” said Congressman Don Young. “As a whole we can do nothing about who the American people elect to represent them in Congress, however, we do have a say in the type of people that serve on our staffs. I am proud to help found this new veteran fellowship program with my good friend Congressman Mike Thompson, and hope that it encourages our nation’s veterans to become more actively involved in our political system. Our veterans have dedicated so much to serve this great nation and I am confident this program will give them the skills and resources needed to continue their service on Capitol Hill.”

“Our veterans make incredible sacrifices for our country, and we have a responsibility to do everything we can to help these honorable men and women transition into the civilian workforce,” said Michaud. “Through their service, veterans gain a wide array of skills that will make them integral parts of Congressional offices. This program benefits not only our veterans, but Hill offices who stand to gain talented and motivated fellows.”

“As former Adjutant General of the Illinois National Guard, I’ve seen firsthand how difficult it can be for our veterans to join the civilian workforce.  I am pleased to join the caucus, and more importantly, I’m honored to be promoting such an important issue.  My office employs military service men and women, and with the new Veterans Congressional Fellowship program, we’ll continue to do so,” stated Congressman Bill Enyart (IL-12).

To increase the number of veterans working on Capitol Hill, the newly formed bipartisan Veterans Congressional Fellowship Caucus has created a fellowship program that will provide them with the resources and skills necessary to bridge the gap between military service and legislative work.

Veteran fellows will be placed in participating offices, participate in an educational curriculum where they will learn the legislative process and how to assist constituents dealing with federal agencies. The fellows will be provided a certificate at the end of their fellowship highlighting their completion of the program.