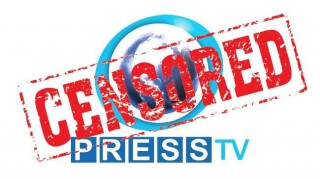 For at least the past 50 years, the American people have been fed a steady diet of lies.

Coups, false flags, political assassinations, mind control, government corruption, Orwellian surveillance, psychopaths in power, bankster dictatorship, military-industrial complex dominance and the rise of the New World Order – all of these realities have been carefully hidden from the American people and the other citizens of the West.

But during the past decade, a significant fraction of the public has begun to wake up, thanks to the rise of the internet-based alternative media. Outlets like Press TV, Veterans Today, Russia Today, WhatReallyHappened, Rense, Infowars, WhoWhatWhy, GlobalResearch, Antiwar.com and Counterpunch provide facts and perspectives that are taboo in the corporate mainstream.

Now the US government is trying to stymie the spread of truth – by abolishing net neutrality in order to literally “slow down” the alternative media.

Last Wednesday the Federal Communications Commission (FCC) announced that it would kill net neutrality by allowing big media to buy up internet “fast lanes” – leaving the alternative media, nonprofits, and ordinary users stuck on the internet equivalent of a dirt road. In a post-net-neutrality brave new world, the presstitutes of the lamestream media could hypnotize the public with vast amounts of high-speed data; while ordinary internet users and the alternative media could only respond through slower, clunkier channels.

In today’s USA, the mainstream media is a tool of big money. So are the universities, foundations, and the other “manufacturers of consent,” as Noam Chomsky calls them. These institutions lie incessantly. The world-view they peddle is a mythic delusion at best, a psychotic fantasy at worst.

The internet is different. There, thanks to net neutrality, ordinary citizens and incorruptible journalists can challenge the official version of events – and chip away at the mind-control “matrix” that imprisons the masses in a dungeon of false consciousness.

The shadow-masters who control Plato’s cave are terrified by the viral spread of truth. The people chained to the floor of the cave watching the play of shadows on the wall, and mistaking it for reality, are gradually waking up. More and more of them are breaking their chains and stepping out of the cave into the sunlight.

One of the leading shadow-masters, former Obama Administration information czar Cass Sunstein, wants to “nudge” people back into the cave. In his earlier book Nudge, Sunstein argues that the masses are irrational, so the rational elite – people like him – should gently push them, without their knowledge, in the desired directions.

Which directions? In his new book Conspiracy Theories and Other Dangerous Ideas, Sunstein argues for “nudging” people away from “conspiracy theories” (the truth) towards official accounts (the public myths). He claims that conspiracy theories, such as the claim that 9/11 was an inside job, are so dangerous that some day it may become necessary to outlaw them. Meanwhile, the government should “disable the purveyors of conspiracy theories” through “cognitive infiltration” of conspiracy groups, confusing and demoralizing people who are searching for truth by spreading “beneficial cognitive diversity” (disinformation).

Sunstein is advocating a kinder, gentler sort of tyranny. Rather than executing or imprisoning you for spreading the truth about 9/11, the JFK assassination, Operation Northwoods, Operation Gladio, the Boston bombing, the al-Ghouta gas attack, the US-NATO coup in Ukraine, or other important historical issues, he wants to simply “disable” you with a series of “nudges” that you aren’t even aware of.

People like Cass Sunstein, and his even more fascist neocon friends, are behind the corporate-sponsored anti-net-neutrality lobby. The FCC proposal to abolish net neutrality would “nudge” people away from the alternative media by allowing the corporate media to provide faster service. It would enable big internet providers to force even highly professional alternative media outlets like Press TV onto the internet “dirt roads.” (Press TV has already been removed from satellites in Europe and North America; without net neutrality, its internet presence might also be stifled.) In the long run, the demise of net neutrality would turn the internet into just another channel for the corporate mainstream.

This would be a catastrophic betrayal of the internet’s promise. Unlike radio, television, and the printing press, which are “one-to-many” media, the internet is a “many-to-many” medium. The old media allowed a tiny elite to broadcast a single message – and a single worldview – to the masses. Everyone watching television saw the same set of programs; everyone reading the newspaper saw the same stories. There was no easy way to respond, much less challenge what you were being force-fed.

The internet is essentially everyone speaking to everyone. Blogs are just as easy to read as newspapers. The New York Times, CNN and Fox do not look much different – or arrive any faster – than Press TV and Veterans Today. You can leave your comments on other people’s stories, or challenge them on your own blog. A neutral internet is a level playing field. In the long run, the best ideas, and the most accurate information, will win out over the corporate propaganda.

And that is precisely what terrifies the powers-that-be. They owe their power to their ability to hypnotize the masses with “public myths” – like the notion that the USA is a bastion of freedom and democracy, America’s wars are always just responses to perfidious enemy attacks, the rich have made their money by fair and lawful means, the Federal Reserve is an honest agency of the government, Operation Gladio style terror attacks are conducted by radicals and lone nuts, voting machines count votes accurately, and so on.

Philip Zelikow, who wrote the 9/11 Commission Report in chapter outline before the Commission had even convened – perhaps even before 9/11 happened – is a self-described expert in “the construction and maintenance of public myths.” People like Zelikow and Cass Sunstein seem to believe that constructing and maintaining big lies like 9/11 somehow benefits the public. Their worst fear is that the people might awaken to the truth.

No wonder the corporate kingpins, and the information czars behind them, are trying to kill net neutrality. And no wonder those who care about truth and justice – including FightForTheFuture.org and the Electronic Frontier Foundation – are fighting to save it.