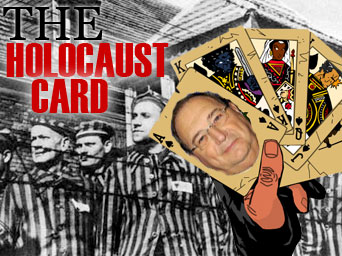 A new poll taken by the Anti-Defamation League (ADL) reports that about 50% of people under the age of 35 are unaware of the Nazi crimes committed against their fellow Europeans commonly known as the Holocaust.  (Read Full Report: ADL GLOBAL 100: An Index of Anti-Semitism)

Like so many other unspeakable crimes against humanity before and after, the European Holocaust committed by the Nazis was pure evil; plain and simple.  Whether it was 6 million, 4 million or 1 million people who were murdered, it was horrific period! There is no debate about it!  And it should be recognized as such, period!

However, it was not the only genocide committed against humanity in history.  In fact, there have been many sick crimes committed by mentally ill humans with massive power in history both in antiquity and in modern history e.g.. Holdomar in Ukraine, Rwanda in Africa, the Armenian Genocide, the Native Americans in North America, the Circassian Genocide and much more……

The big difference is the way the Holocaust has been utilized by leading propagandists in the Zionist political movement. In fact, by far, the Holocaust is the most exploited genocide in history making the others seem relatively benign and inconsequential.

And so, for Zionists who’s ambition is Eretz Israel, playing the Holocaust Card has become predictable on American media to make sure “we never forget”.  I mean, you can call it out every time there is a hiccup on the road to their conquest, the card gets played.  It’s as predictable as the OMAHA call by the Denver Broncos Peyton Manning!  You know it’s coming!

So Abe Foxman, the leader of the ADL is really pissed off that Americans are now forgetting. As it stands, forgetting is bad for the business of making sure Zionists get as much U.S. Taxpayer money from the unsuspecting Americans to fund their conquests of indigenous native peoples that, again I repeat, had NOTHING to do with the Holocaust.  Playing the Holocaust Card is  mission critical to their game plan.

All War Criminals Must Go To Jail

Now check it, yesterday, in England, protesters who are well aware of the crimes of the Nazis protested as Israeli leader Tzipi Livni appeared to meet with Jewish Fund leaders.

She was there to insure she can continue to fund the settlements that pay for the future conquest of the natives in the West Bank so that the ethnic cleanse the peoples of Palestine continues forward while politicians strategically continue to waver on a two-state solution.

It’s all part of the gambit; play the fake peace deal game and then continually settle more land every once in a while pulling a few settlers off with the media watching pretending that Israel is doing something about it (a TV show); all the while expanding their territory.

But without the Holocaust card providing a nice push, it makes it harder. So the ADL is rallying trying to find ways to get the Holocaust back on U.S. media in front of its target audience.

But like Donald Sterling, the racist NBA owner with clear dementia who continues to try to justify his 20th century plantation mentality, it may be too late.

I mean, so far, these greedy anti-humans are running into a new world order that is passing their racist imperial ambitions created for them by their founding father Theodore Herzl.

You see Herzl, back in the 19th century, seemed to really have an innocent reason for his “Jewish only” state dream. (Der Judenstat). He did NOT think the European Jews could assimilate into society so he reached out to create a place where they could be on their own away from the evolution of the European society.

His first choice was Argentina.  Then Uganda was on the list.  Yeah, the Zionist Congress sent a fact finding delegation to check it all out.  How many supporters of Israel know this absolute fact?  Do you?  I mean many Zionists loved Uganda with many of them staying and actually building settlements.  Yep, Euro Jews in Uganda!  But alas, the Zionist Congress voted it down and instead went with Palestine. They felt  the local indigenous populations would NOT resist and the land was better suited for their Euro ambitions.

I mean Herzl actually thought that European Jews would fit right in and that many religions and languages would exist over time making this land a great place for these European peoples.

After reading his stuff, I don’t think he envisioned Israel today in all of its racism, bigotry, violence and arrogance.  Nevertheless, this was before the Holocaust and so Herzl had to play different cards.

What Herzl did use to his advantage was the 5000 year old biblical story of the Semitic Hebrews and the story of Moses.

He felt this story from antiquity would be a great sales pitch that would bring immigrants from Europe into Palestine. He knew the 5000 year old story was basically ridiculous. I mean, Herzl was an admitted atheist.  Yep, look it up and do all the research you need.  But yeah, dood was an atheist!  Comedy right?  But anyway, he was a good pitchman in his time and boom, it worked.   I mean, he sold England right?  (See Balfour Declaration) 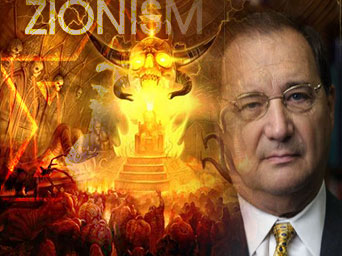 In fact, it worked so good that the MOSES CARD is still in use today in the USA.  Zionist do NOT really try to sell Jews on this anymore.  I mean, most Jews don’t want to move to Israel.  The ADL even admits that in their report.

Jews prefer to stay in the countries where they are happy and call home.  Basically like everyone!  Duh!   And point in fact, many Jews I have met say the USA is a much better place to live than in Israel.  So why move there!

But really, the Moses Card is now used to sell the Christian Evangelicals who are given this directive from their Zionist Pastors who are sharp shrewd and well monetized with bank rolls that would make Jesus condemn them to hell.

So what is going on here?

Well the Holocaust Card is greatly diminishing. So the Moses Card is all they have left to sell.  Is that enough to keep the Golden Goose U.S. Taxpayer in line funding the ambitions of Zionism? Or will this card eventually fall under the weight of its own fallacy as Americans come to realize that they have been duped.

Well if the ADL has anything to say about it, expect them to attack as they always do.  That is who they are! 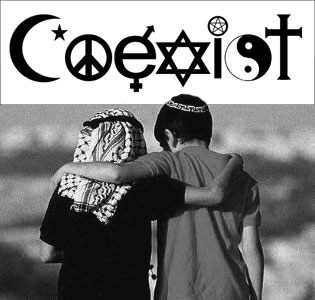 But if the trend continues and Americans wake up for their long nightmare and realize that investing in the USA comes first, not Israel, then maybe Israel will be forced to abandon the modern perverted racist and anti-human Zionist dream and evolve into a multi-cultural country where the only chosen people are all of its citizens not just some of them. After all, we’re all human beings right?

I mean Jew, Christian, Muslim et al….everyone!  So get on Facebook and connect!  Let’s break bread!  You know it’s true! This is our real future; not racism and bigotry.   So sorry Abe but you gotta come join humanity if you want to be a human being!

DISCLOSURE: Johnny Punish is pro-human being and against all extremism whether Jewish, Christian, Muslim, or other forms. His mother is a Semite so any one who reads this and wants to charge him with being an anti-Semite, be advised that calling out his mother like that is a cause for a throw down!  Instead, you are encouraged to find another way to discredit his disposition and deflect attention away from the issue.