Home Government Police State – America Spies Mostly On Its Own 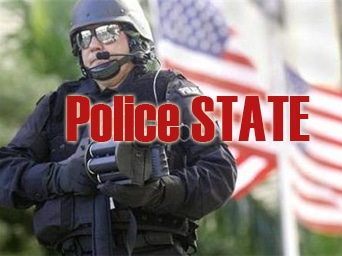 One characteristic of a totalitarian state is that it is as determined to subjugate its own citizens as it is to conquer foreigners. That’s why Edward Snowden could tell the National Press Club by live video link from his Russian exile that when he was a contractor for the National Security Agency(NSA) he was appalled to see NSA “collecting more information about Americans in America than it is about Russians in Russia.”

“When you pick up the phone and when you make a phone call, when you make a purchase, when you buy a book—all of that is collected. And I could see it at my desk, crossing my screen…NSA analysts…were abusing these tools to monitor their wives, their girlfriends, their lovers,” Snowden said.

According to the May 26 issue of “The Nation,” whistleblower Snowden thought NSA had become “a runaway surveillance train…without an emergency brake on the inside” and so passed the documentary evidence of its vast wrong-doing on to journalist Glenn Greenwald and documentary film maker Laura Poitras, to be made public.

Then, by secretly leaking this information, Alexander said, “the NSA could discredit them in the eyes of their followers.” (Doesn’t a response this foolish make you wonder how the man ever got to run an intelligence agency?)

Of course, many Americans think, “I’ve done nothing wrong. Why should I care if the NSA taps my phone?” This response, however, puts their private information in the hands of officials who secretly break the law daily.

Their repeated crimes against the innocent, at home and abroad, make them dangerous. The question Americans should be asking, is, “Do I want the staffs of these high officials monitoring my private conversations and those of my children?” Remember, President Obama has already killed Americans without legal authorization.

John Whitehead of the Rutherford Institute, a civil liberties organization based in Charlottesville, Va., says, “Thanks to an insidious partnership between Google and the National Security Agency (NSA) that grows more invasive and more subtle with every passing day, “we the people” have become little more than data consumer commodities to be bought, sold and paid for over and over again.”

Whitehead warns, “With every smartphone we buy, every GPS device we install, every Twitter, Facebook, and Google account we open, every frequent buyer card we use for purchases—whether at the grocer’s, the yogurt shop, the airlines or the department store, and every credit and debit card we use to pay for our transactions, we’re helping Corporate America build a dossier for its government counterparts on who we know, what we think, how we spend our money, and how we spend our time.”

As for the benefits of NSA’s vast spy operation, they have yet to appear. Activist David Swanson of Charlottesville, asserts, “Obama’s own panel and every other panel that has looked into it found zero evidence that the new abusive NSA programs have prevented any violent attacks.”

“Far from halting or apologizing for the abuses of the NSA, Obama defends them as necessitated by the danger of a new 911,” says Swanson, of “War is a Crime.org”.

“While drones over Yemen and troops in Afghanistan and ‘special’ forces in three-quarters of the world are widely understood to endanger us, and while alternatives that upheld the rule of law and made us safer would not require secrecy or human rights violations, Obama wants to continue the counterproductive and immoral militarism while holding off all blowback through the omniscience of Big Brother.” Swanson adds, “Massive bulk collection of everybody’s data will continue unconstitutionally.”

Sherwood Ross has reported for the Chicago Daily News and wire services. He is a member of the National Press Club. Reach him at [email protected]