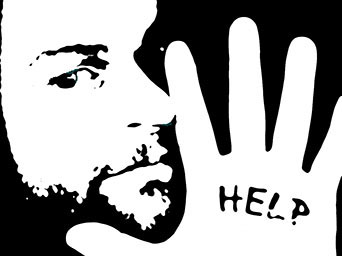 First, the establishment mandated that all American children had to attend twelve years of indoctrination – the inculcation of statist doctrines in free public schools.

Then, many of our high school graduates, who could no longer think critically for themselves, believed they should attend college, despite the shockingly outrageous personal expense to themselves, creating a debt that is likely to follow them for the balance of their lives.

College tuitions have risen one-thousand percent since 1978, which is four times the rate of inflation or healthcare costs.

Unless we discontinue this lethal one-two sucker punch of free public schooling that doesn’t teach our students how to think critically, followed by the absurdly high cost of secondary schooling, we will have generations of Americans who cannot think for themselves and will be debt-ridden for the rest of their moral lives.

Debt-ridden for the rest of their lives?

Yes, that is ensured with the galloping  usury interest rates that come with all government-sponsored student loans.

Due to our failed US economy and its lack of decent paying jobs, former students are often forced to make only partial monthly payments on their loans. Then they are hit in the face with growing principals to deal with.

Not atypically, one student started off with an initial loan of $44,000, in which he paid back $31,000 over twenty-two years. Unfortunately, his repayments were too slow to prevent his loan principal from rising to a current $128,000.

In another case, an ex-student took out  initial loans that amounted to $85,000 which, thanks to an eight percent variable interest rate, has since risen to $385,000.

The above two examples are not unique. There are hundreds of thousands of similar stories across America, with student loans now exceeding one trillion dollars ($1,000,000,000,000– a million million).

College and university presidents are careful not to speak out against these outrages on America and her future. They would have never gotten their lofty jobs had they been the type of persons who placed the welfare of the whole society before themselves.

We have all been betrayed so often by our local, state, and national bureaucrats and politicians that the phrase public servant has become a pejorative term, especially to the hundreds of thousands of our poor citizens who made the tragic mistake of majoring in debt.

Still, our self-destructive tolerance of self-serving people in positions of power runs the gamut of our society – from career Democrats to career Republicans, from local police chiefs to US senators, from CEOs to judges, from Federal Reserve System board members to the hierarchy of American intelligence agencies – all are ordained and managed by the controlling oligarchs of earth.

Only Satan, and his lowly minions in our government and corporations, could have conceived such clever ways to destroy what was once the greatest nation in recorded history.